Former WHITE LION frontman Mike Tramp will embark on an extensive North American tour this spring. The trek, which is set to kick off on April 15 at the Whisky A Go Go in West Hollywood, California, will see Tramp performing all the WHITE LION hits, including "When The Children Cry", "Little Fighter", "Wait", "Lady Of The Valley", "Radar Love" and many others. Joining Tramp for the two-man acoustic show will be lead guitarist Marcus Nand.

"The ultimate reward in being a songwriter and performer is being on stage in front of an audience," says Tramp. "This is my sixth tour over the past eight years and never before I have looked so much forward to giving back to the fans who have been there every time I hit the stage. This will be great."

Initial dates are as follows:

Less than a year ago, Tramp revealed in an interview that he had apologized to Vito Bratta for trying to resurrect his former band without his onetime songwriting partner and bandmate.

The Danish-born singer hasn't played with Bratta since WHITE LION performed its last concert in Boston in September 1991.

In the 29 years since WHITE LION broke up, Bratta's public profile has been virtually nonexistent, while Tramp has remained active, recording and touring as a solo artist and with the bands FREAK OF NATURE, THE ROCK 'N' ROLL CIRCUZ and, more recently, BAND OF BROTHERS. Tramp also attempted to revive WHITE LION with the 2008 album "Return Of The Pride", featuring new members. Two years later, Tramp ceded ownership of the name WHITE LION to Bratta in an out-of-court settlement.

Speaking to SiriusXM's "Trunk Nation", Tramp said that he and Vito are once again on speaking terms following his ill-fated attempt to bring back WHITE LION more than a decade ago.

"I have, over the past couple of years, been the one out there basically both admitting and apologizing that the only thing that I never planned to do in my career and wanted to do was go back and rehash a version of WHITE LION that had nothing to do with WHITE LION, nothing to do with the guys that played in the band," Mike said. "Mike Tramp's heart was not in it. It was just a moment of weakness, not believing enough in my solo albums. [You listen to] some guys saying, 'Hey, if you put a new WHITE LION together, you can play festivals and get much more money.' And then you fall for that and you engage in it and you go out there, and then you realize it's not what you wanna do. And then, of course, Vito did not want the name WHITE LION to be used without him being in the band. And it actually took a couple of years for me to really understand how much it meant to Vito. And when Vito one day told me in one of these conversations… First of all, he told me, 'Mike, I'm not against you. I just don't wanna turn YouTube on and see the title 'WHITE LION live in so and so,' and somebody doing 'When The Children Cry' solo and it's not me. WHITE LION was you and me, it was our band, we wrote the songs. That is the memories I want for the rest of my life.' And when he told me that, I had tears in my eyes and I totally understood it, because I had also gotten to that point that when we closed WHITE LION, we felt that this is where we wanted to stop it. There was something, going into the '90s, that didn't agree with the things we were looking at, and we wanted to somehow end it on a higher level than something that would not represent us in the future. But it just took many years to really understand it."

Asked if he understands why Vito doesn't want to play music professionally anymore, Mike said: "Yes, I do, because there are actually times when I also don't feel like doing it anymore. When all the magic around us, the stuff that made us fall in love with rock and roll — first of all, our heroes, then the industry, then the touring stuff — when all of that was really exposed that it was a two-faced kind of thing, that the people we thought loved us — and I'm not talking about the fans; I'm talking about the people that made money from us, and stuff like that — turned their back on us and stabbed us in the back, it really ripped us apart. And maybe it's just that I came from a different background than Vito, that I maybe was a little bit stronger or just of a different nature that I just fought back, but Vito just said, 'I just don't wanna deal with this.' And I understand now — I understand it from every conversation that I have with him."

Tramp also once again closed the door on a possible WHITE LION reunion, saying: "I can't be Mike Tramp 1988. I can't sing like that, and I'm not going up on stage and doing a half-assed job, which most of the bands out there are doing." 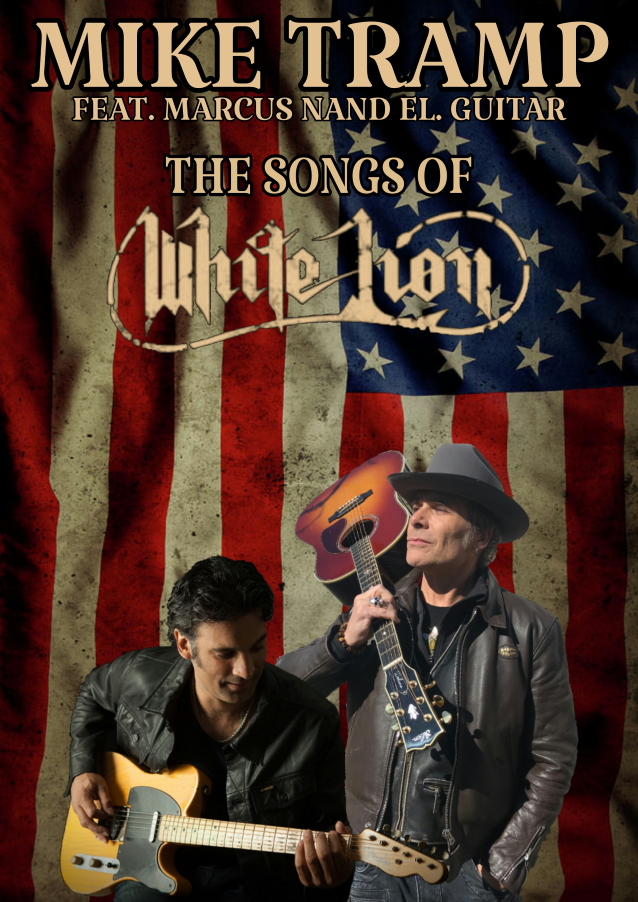