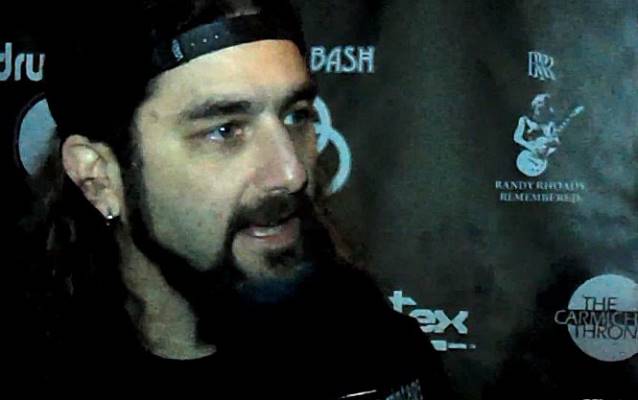 VintageRock.com conducted an interview with drummer Mike Portnoy (DREAM THEATER, THE WINERY DOGS, AVENGED SEVENFOLD) at the Bonzo Bash NAMM Jamm 2014 "The Ultimate Celebration To The Ultimate Drummer - John Henry Bonham Of Led Zeppelin", which was held on January 23 at The Observatory, in Santa Ana, California. You can now watch the chat below.

Portnoy last year told Drum Guru about the impact Bonham had on him: "John Bonham is one of my all-time biggest drum heroes. In fact, I have his cymbal tattooed on my leg. He's influenced every drummer that picked up a pair of sticks beyond the '70s."

He added: "The reason John Bonham sounded that way is because he was John Bonham. It was him that made those grooves sound the way they did. I don't know if there's ever been a drummer that really duplicated his feel."