In the October 2013 issue of Modern Drummer magazine, drummer Mike Portnoy (THE WINERY DOGS, DREAM THEATER, AVENGED SEVENFOLD, ADRENALINE MOB) spoke about how the combination of his obsessive-compulsive disorder (OCD) and having a memory unlike most other people's would make him an obvious choice for taking on more of a leadership role in a band setting.

"With DREAM THEATER, I very much ran the show because my OCD allowed me to handle the additional roles," he explained. "Luckily, those guys [the other members of DREAM THEATER] always trusted my direction. OCD can be a detriment, though. I know it sometimes makes my wife crazy, and I'm sure it must have driven the guys in DREAM THEATER crazy at times too, but they rolled with it."

He continued: "It was never about being a control freak because I was an egomaniac. It was just my obsessive-compulsive nature.

"When I first met [future DREAM THEATER bandmates) John Petrucci and John Myung when we were eighteen years old, I think they immediately recognized that part of my personality, and they were very comfortable with that dynamic. John Petrucci and I balanced each other out through the years with our strengths and weaknesses. He never cared much for all the little details and organizational stuff, and I never cared about the business or financial aspects, which he was very good at.

"When you're in a band, you have to understand each other's roles and you have to delegate, and I don't think those guys ever resented the role I played. And … you can't create that type of personality. People like me and [METALLICA drummer] Lars [Ulrich] — it's just our personality, and we happen to apply it to our careers, our bands, and our music. I now find that I have to shift and mold with different personalities, and my role changes depending on the particular project. I haven't been in a leadership role to the capacity I was in DREAM THEATER in anything else I've done since."

Portnoy also spoke about the public backlash that followed his split with DREAM THEATER and his reluctance to discuss the band because of how it might be interpreted by the fans.

"I feel bad that I can't talk openly about DREAM THEATER anymore without being torn to shreds," he said. "I wish I could without there being a backlash, but it's become the reality that I've now accepted, because I feel it's a no-win situation."

When the interviewer suggested to Portnoy that that over time the drummer naturally grew out of his place in DREAM THEATER, or perhaps he simply grew apart from where the rest of the band was going musically, Portnoy agreed, telling the magazine: "Yes! Thank you! That's a big reason why I left DREAM THEATER — I changed. I mean thls totally diplomatically, but when I heard the new material, it simply wasn't my cup of tea. It's great, but I couldn't relate to it anymore. Like you said, people change, whether it be as a listener or as an artist." 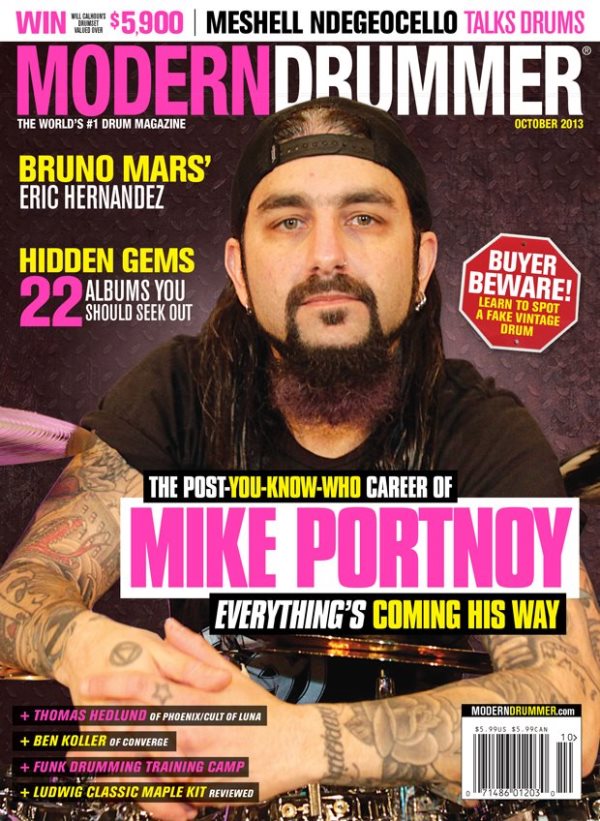