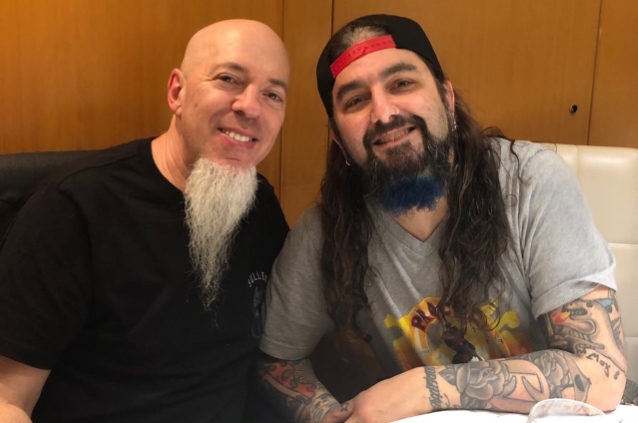 Ex-DREAM THEATER drummer Mike Portnoy reconnected with his former bandmate Jordan Rudess earlier this week aboard the sixth annual Cruise To The Edge.

Portnoy and Rudess are among the scheduled performers on the five-night progressive rock cruise, which sailed on Monday, February 4 out of Tampa, Florida aboard Royal Caribbean's Brilliance Of The Seas and will visit two ports — Key West, Florida and Cozumel, Mexico — before returning on February 9.

A litte over a year ago, Portnoy posted a photo of him hanging out with DREAM THEATER guitarist John Petrucci in a move that clearly represented a thawing of tensions between the two musicians who had been friends for more than three decades.

On Wednesday, Rudess discussed his latest encounter with Portnoy during an appearance on SiriusXM's "Trunk Nation", which is hosted by Eddie Trunk. The keyboardist said: "I think it's really nice. People whose music you love, you wanna see them getting along. So, even from my perspective, I see John and Mike together, and I'm, like, yeah, that makes sense. They were so close. They made so much music together."

Although Portnoy and his former bandmates in DREAM THEATER engaged in a public war of words following his exit from the group, Rudess says that he harbors no resentment toward his longtime friend.

Absolutely awesome evening watching my friend @Jcrudess play a wonderful solo concert and then having a great dinner together afterwards! #oncefamilyalwaysfamily @cruisetotheedge pic.twitter.com/YU1AldZ5Dg 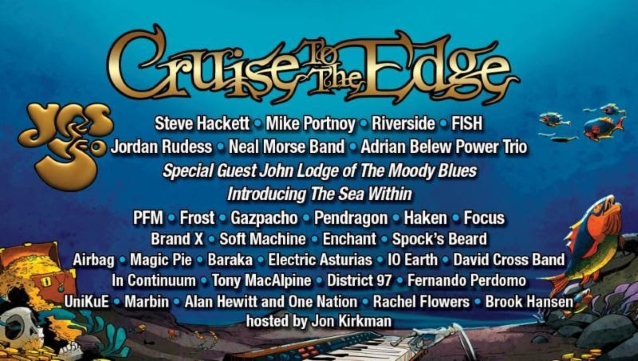