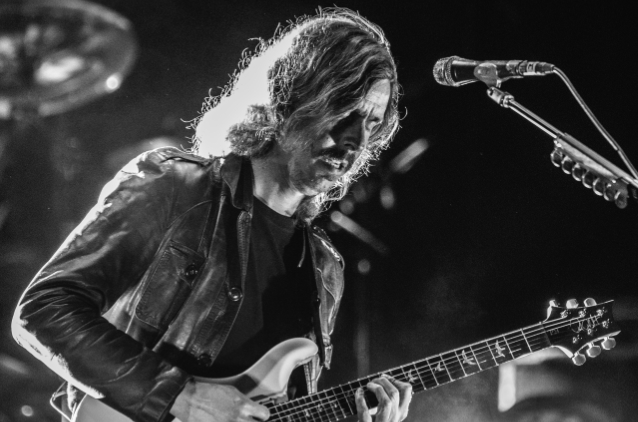 OPETH guitarist/vocalist Mikael Åkerfeldt has confirmed to Metal Hammer magazine that he has made major headway in the songwriting process for the follow-up to 2016's "Sorceress" album. "I told myself I'd be taking a break, maybe even a sabbatical or something, after the last tour, but I think I lasted until after Christmas," he said. "I was definitely in the studio before New Year's. I started writing in December last year and I've got a lot of music — I think I've got about an hour and a half's worth of material — but I'm going to take it easy. I'm going to be very methodical and listen to a lot of stuff I've done and just make sure there's no gaps of any kind on the next album. That feels important to me."

Earlier in the year, OPETH guitarist Fredrik Åkesson told FaceCulture that Mikael had written almost 12 songs for the new album, but added that the band would "at least try to finish 15 songs" before entering the studio to record.