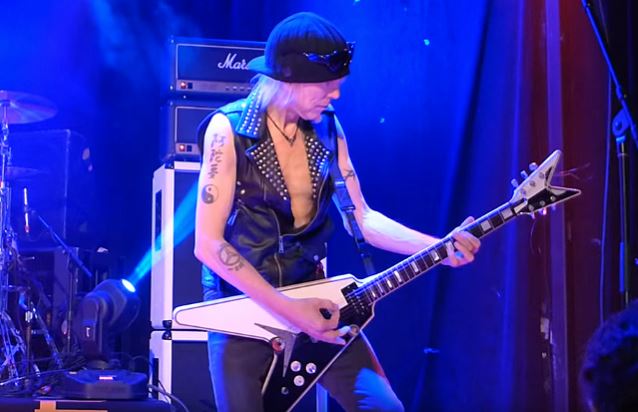 MICHAEL SCHENKER'S TEMPLE OF ROCK's November 19, 2015 concert at Joy Eslava in Madrid, Spain was professionally filmed and recorded for a new CD, DVD and Blu-ray, "On A Mission: Live In Madrid", to be released on May 6 via Inakustik. Joining Schenker at the show were Doogie White (vocals), Herman Rarebell (drums), Francis Buchholz (bass) and Wayne Findlay (guitar, keyboards).

Regarding why Madrid was chosen as the city in which to film the new DVD in, Schenker told Rock Bottom: "Madrid is… Spain, hot-blooded audience — one of my favorite audiences. And it fitted well in the routing of our European tour. And we found a nice little place, like an old theater, a music theater, with a bunch of balconies, so we decided to use Madrid for this DVD. And, basically, it was very fortunate for us that we had a good night musically, we played well, and the audience [was] absolutely fantastic. And I would say it all worked out absolutely top."

"On A Mission: Live In Madrid" track listing:

* Rehearsal
* Before The Show
* Soundcheck
* Individual Interviews With Each Bandmember

MICHAEL SCHENKER'S TEMPLE OF ROCK is tentatively planning to enter the studio later in the year to begin work on its third album for a 2017 release.

The band's last CD, "Spirit On A Mission", was recorded at Kidroom Studios in Münster, Germany; the same studio where 2013's "Bridge The Gap" album was laid down. The effort was produced by Michael Voss and Michael Schenker, and engineered by Voss.

As previously reported, Michael Schenker will play a very special show, Michael Schenker Fest, at this year's Sweden Rock Festival, set to take place June 8-11 in Sölvesborg, Sweden. The concert will feature appearances by three MSG singers: Gary Barden, Graham Bonnet and Robin McAuley. They will be joined by Ted McKenna on drums, Chris Glen on bass and Steve Mann on guitar/keyboards. 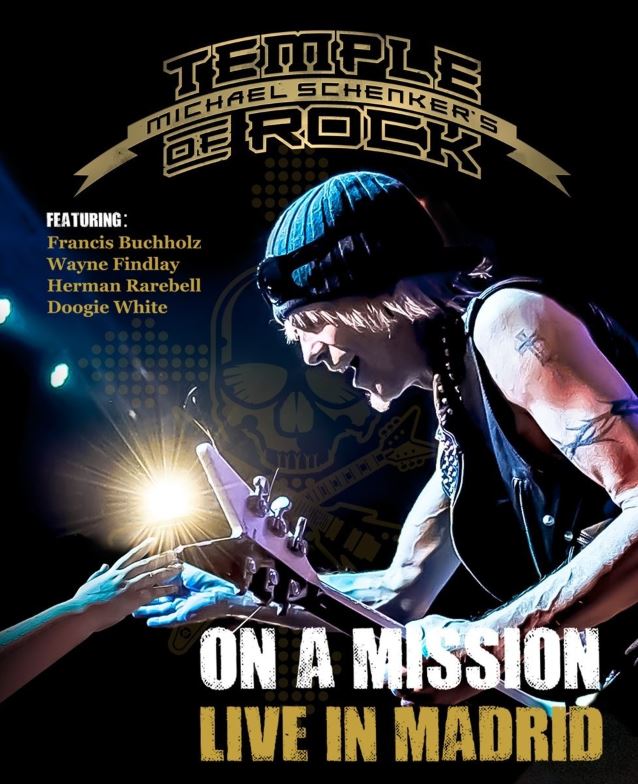