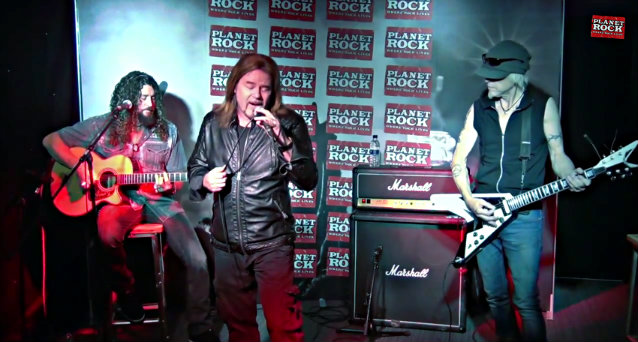 MICHAEL SCHENKER'S TEMPLE OF ROCK, the band led by legendary German guitarist Michael Schenker (SCORPIONS, UFO), performed the song "Lord Of The Lost And Lonely" at the studios of the UK digital radio station Planet Rock. Check out video footage below.

MICHAEL SCHENKER'S TEMPLE OF ROCK's next studio album, titled "Spirit On A Mission", is tentatively due in early 2015.