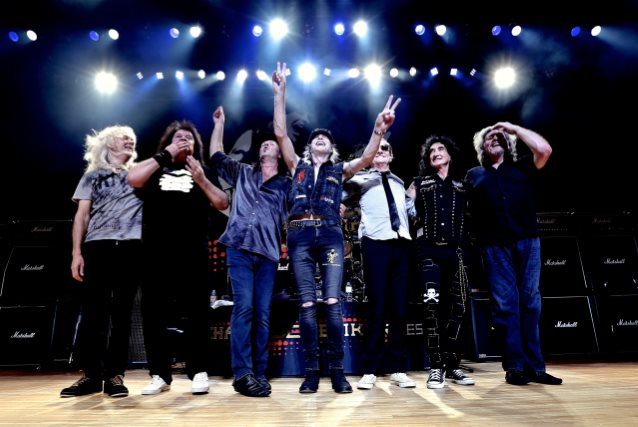 Tickets for the concerts at O2 Shepherd's Bush Empire London, O2 Academy Sheffield and O2 Ritz Manchester are on O2 Priority Pre-Sale from 12 noon on Friday, March 17, and will go on general sale from 10 a.m. on Monday, March 20 from Ticketmaster and Ticketweb.

Tickets for the Hull City Hall concert go on sale from 12 noon on Friday, March 17 from the Hull City box office booking, hullboxoffice.com.

In recent memory, Michael Schenker's endeavor to unite rock fans together at his concerts has enraptured his audiences and so it is fitting that his most recent concept of "Michael Schenker Fest" does not disappoint one bit. The project reunites the original MICHAEL/MCAULEY SCHENKER GROUP vocalists — Gary Barden, Graham Bonnet and Robin McAuley — plus MSG musicians Steve Mann (guitar, keys), Chris Glen (bass) and Ted McKenna (drums).

Says Schenker: "It's a miracle that after all these years, a tour like this will take place with the original band members of MSG. Being able to go back to those days and celebrate the music is an exciting experience for us, as well as for old and new fans. To being able to re-experience, and for the new audience to get a feel of what it was like, is incredibly enjoyable."

Continues Schenker: "It's an amazing feeling to have all of my MSG family from the '80s performing together and especially with Graham Bonnet, who I never got to play any concerts after our 'Assault Attack' album that was originally released in 1982. Fortunately, being able to have the participation of original MSG members, including Gary Barden, Chris Glen (bass) and Ted McKenna (drums) being part of it, and to perform with Robin McAuley and Steve Mann (guitar, keyboards) again as well, is pretty awesome.”

Since the first "Michael Schenker Fest" concert at Sweden Rock Festival in June 2016, the project has gained serious momentum. Performing at a sold-out Tokyo show in August 2016 they recorded a live DVD, which has gathered critical acclaim worldwide.

Schenker reflects on the "Michael Schenker Fest" that was performed in Tokyo in August 2016: "It was just one enjoyable event from beginning to end. Seeing those happy, excited fans right from the beginning before the show even started, was incredible. It was like Budokan all over again."

"It's wonderful how we all got on with each other," he continues. "It felt incredibly natural, as if it was always like this. Right from the start of rehearsal, the chemistry was great. No problems, just pure fun. We plan to continue this when we perform the U.K. concerts in November 2017." 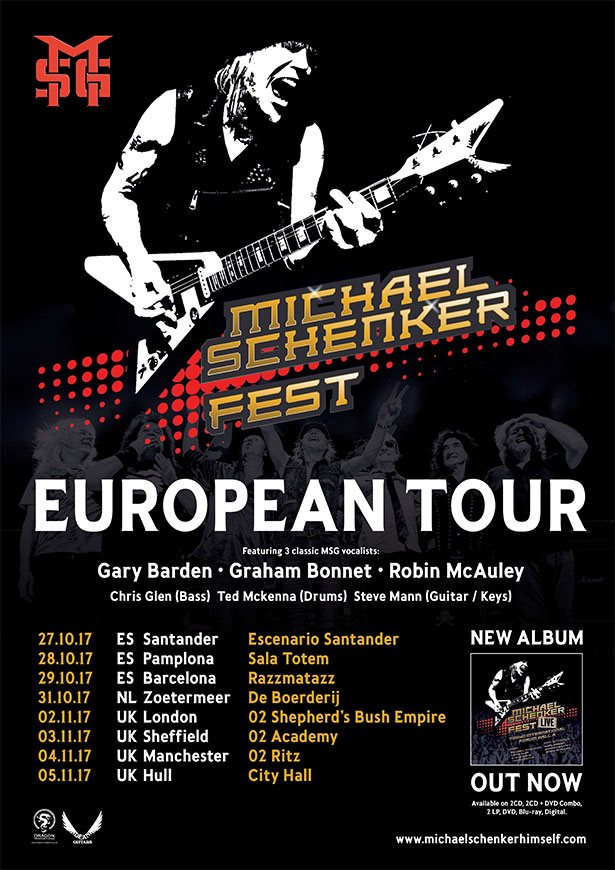