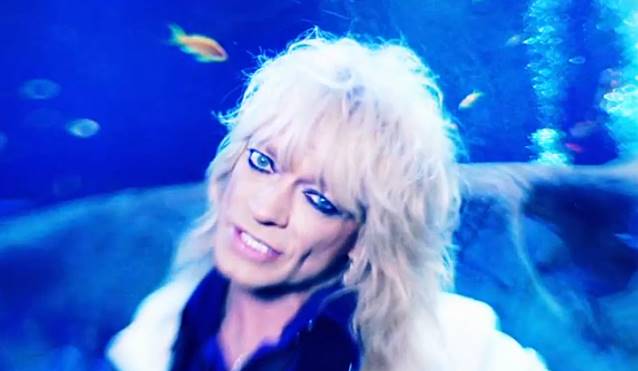 "Stained Glass Heart", the new video from Michael Monroe, vocalist, multi-instrumentalist, über-energetic frontman and iconic rock 'n' roll legend, can be seen below. The track marks the third single from his new studio album, "Horns And Halos", out now on Spinefarm Records.

"I'm feeling quite excited about our new 'Stained Glass Heart' video," says Michael Monroe. "It was shot in Helsinki at an amusement park on a perfectly grey and rainy day which made it look more like an 'abusement park.' The video turned out very cool and classy."

On the live front, Michael Monroe has revealed plans for an extensive world tour. After a three-date trek in Japan, a headlining U.K. tour will begin November 27 in Newcastle and the group will also appear at this year's Hard Rock Hell festival on November 30 in North Wales. Following the U.K. run, the group will perform three shows in Michael's home country of Finland. Michael adds, "Now that the new album is out, we can finally play the new songs live and create a whole new setlist. That's why I'm especially excited about the up-and-coming tour dates. See you all soon down the road!" Expect more dates and countries to be announced soon.

"Horns And Halos", was certified gold in Finland for sales in excess of 10,000 copies within the first week of the CD's release.

Released on August 27 via Spinefarm Records, "Horns And Halos" is the follow-up to the 2011 critically acclaimed "Sensory Overdrive", winner of Classic Rock magazine's "Album Of The Year" and a No. 1 record in Monroe's Finnish homeland. It is a cosmopolitan affair, mixed by Petri Majuri at Seawolf Studios in Finland and written and recorded around the world by Monroe's international posse — bassist Sami Yaffa (HANOI ROCKS, NEW YORK DOLLS), guitarist Steve Conte (NEW YORK DOLLS, COMPANY OF WOLVES), drummer Karl "Rockfist" Rosqvist (CHELSEA SMILES, DANZIG) and Swedish guitar star Dregen (BACKYARD BABIES). Monroe is a frontman whose reputation is genuinely global and whose influence continues to be felt, with musicians of all ages (from Dave Grohl to the original GUNS N' ROSES members) citing his groundbreaking career as a source of inspiration.

The album's first single released earlier this spring, "Ballad Of The Lower East Side", is a nod to Michael's early days in New York, a city he moved to for a decade following the mid-'80s breakup of glam-punk pioneers HANOI ROCKS (for which he was the frontman). It also appears on "Horns And Halos". 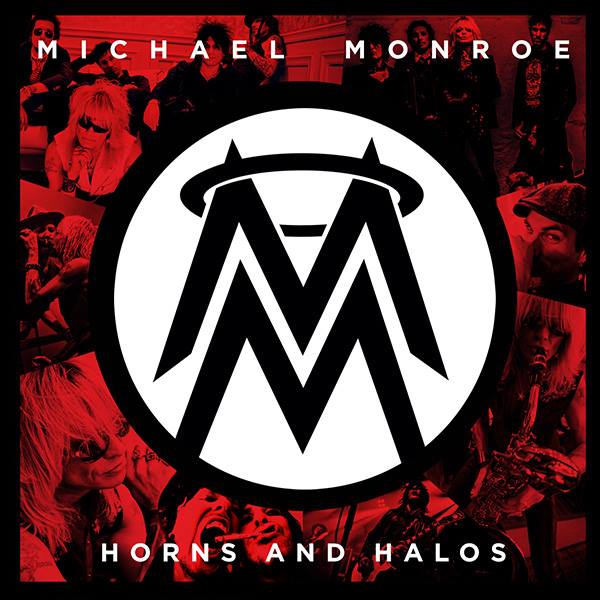