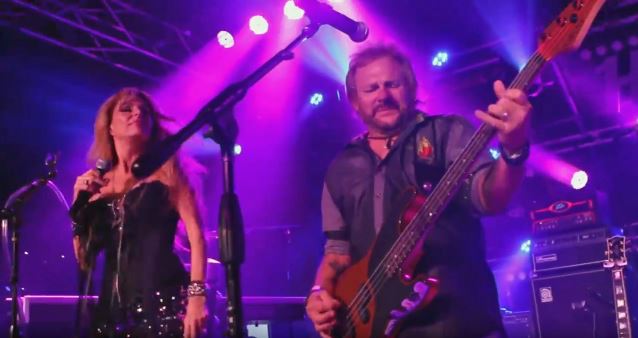 Michael Anthony (VAN HALEN, CHICKENFOOT, THE CIRCLE) was honored with the "Icon Of The Year" award at this year's Rockgodz Hall Of Fame event, which was held on October 27 at Hard Rock Live in Las Vegas, Nevada.

In his acceptance speech, Michael told the crowd: "In 1977, four guys were signed by Warner Brothers Records and we all had a big dream to play the music we love making, and play to the world. And I thank God every day now, almost 40 years later, I'm still here, being able to do it. Playing music for the fans, and do what I love to do."

Michael then joined launched the JET VELOCITY ALL-STAR BAND — consisting of Jason Ebs, Janea Chadwick Ebsworth, Jeff Young and Buster Akrey — to play four VAN HALEN classics: "Somebody Get Me A Doctor", "Runnin' With The Devil", "Ain't 'Talkin' 'Bout Love" and "Everybody Wants Some".

Video footage of the "Ain't 'Talkin' 'Bout Love" performance can be seen below.

Anthony revealed in a recent interview that he reconnected with VAN HALEN drummer Alex Van Halen several months ago after more than a decade of not speaking to each other. 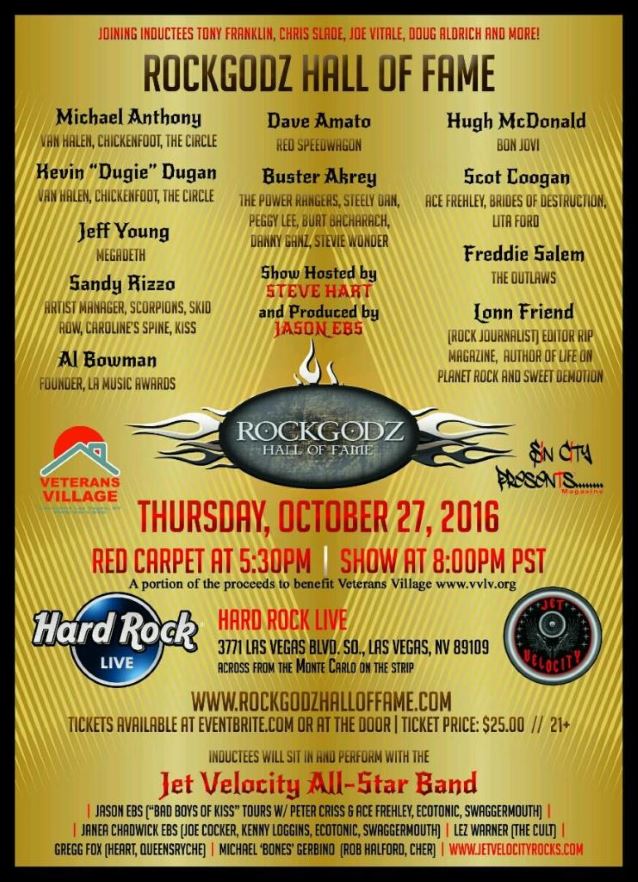