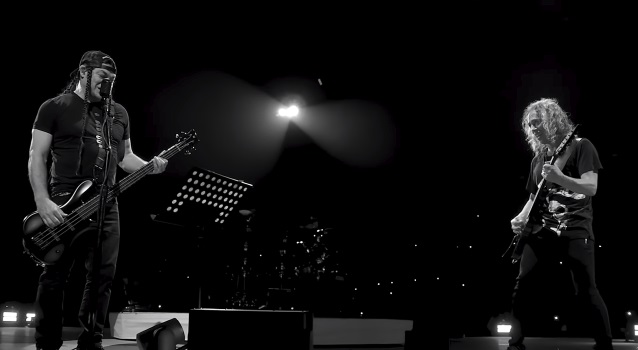 Robert Trujillo and Kirk Hammett played a cover of "A Legjobb Méreg", a song originally written and recorded by the Hungarian hard rock/heavy metal band TANKCSAPDA, during METALLICA's April 5 concert in in Budapest, Hungary. Professionally filmed video footage of their performance can be seen below.

METALLICA played 13 shows in Europe since early February and has another 11 dates booked between now and mid-May.