Jaco Pastorius has long been regarded as one of, if not the, most influential bass guitarist of all time and is METALLICA bassist Robert Trujillo personal hero. So upon overhearing a phone conversation that Jaco's legendary "Bass Of Doom" had resurfaced after being missing for over twenty years, but was tied up in an ugly legal battle, Robert instinctively offered to assist the Pastorius family in its recovery.

"There was a legal situation going on at the time," Trujillo told Bass Guitar Magazine. "It's settled now, but the family was really stressed out about it. Basically, Jaco's famous Fender Jazz, which had been missing for 20 years, was in the hands of a collector in New York City. The bass had been rumoured to have been stolen and/or sold. It's doubtful that Jaco would have sold his bass for drugs or anything. It was open to interpretation. Our feelings were that it had been taken when Jaco was homeless in the park in New York City. It had been broken into, like, 50 pieces. I've seen the photos: insanity. Jaco had sent the bass down to Florida to [bass tech] Kevin Kaufman, who rebuilt it. Jaco got the bass back and it was then taken. He did one recording with it with Mike Stern before that happened. So Kevin came up to New York, authenticated the instrument and that was where the problems started, because the family obviously wanted the bass back but the guy wouldn't give it up. So I sponsored the money to get the bass back."

He continued: "I'm not a collector, but I felt at the time that it was important for me to help the situation, so we got the bass back. I'm its legal owner, but I made a point of ensuring that any decision made about the instrument has to go through the family. To them, it was like the family pet that used to lie around the house, without even being in a case. Felix Pastorius [Jaco's son and twin of Julius Pastorius] has it right now. I've played it and it's incredible, it was in pretty good shape."

Trujillo added: "There's a lot of misinterpretation about the situation. I'm not one to go on the Internet: I'm completely aloof to all that shit, but I've been approached by people in the street who have the wrong idea, who thought that I bogarted the instrument [i.e. kept it for himself], that I found it in New York City and I paid all this money and took it. That always upsets Johnny and Felix very much, because the situation was completely the opposite. I'm a person that takes on situations from passion. I get passionate about things, and I try to help."

Like so many other musical greats, Jaco Pastorius died young, only 35, but his legacy has lasted the test of time. With his pioneering techniques, charismatic and outrageous stage performances and his unmistakable singular style, Jaco left behind a musical legacy that has continued to inspire and influence ongoing generations worldwide. Through his critically acclaimed self-titled solo debut album, his work with break-through fusion/jazz group WEATHER REPORT, whose "Heavy Weather" album is one of the best-selling jazz albums of all time, and his collaborations with singer/songwriter Joni Mitchell, Jaco's reputation and influence grew to permeate many musical styles and genres.

The legendary "Bass Of Doom", nicknamed by Jaco himself, is a 1962 Fender jazz bass that Jaco removed the frets from and refinished the neck with boat epoxy. This customized bass was the only fretless instrument Jaco ever recorded with throughout his career right up until it was stolen from a Manhattan park bench in 1986. Despite repeated attempts from friends and family to locate it, the whereabouts of the famous bass remained unknown until it showed up in early 2006 in a small guitar shop on New York's West Side. Unfortunately the owner of the shop refused to return it to the Pastorius family resulting in protracted legal squabbles. Almost two years passed before Robert was able to jump in and help make it possible for the family to settle out the case and regain control of their father's prized bass. 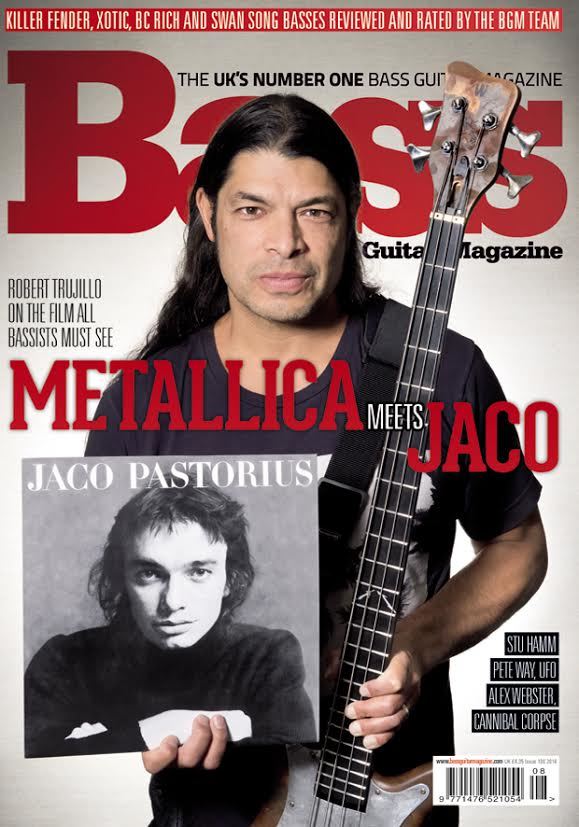