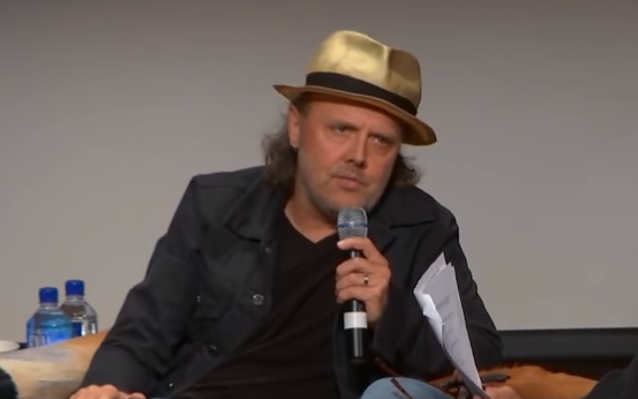 On October 19, METALLICA drummer Lars Ulrich sat down with photographers and METALLICA collaborators Herring & Herring for an intimate conversation at The Great Hall at Cooper Union in New York City.

Photography duo Herring & Herring — a.k.a Dimitri Scheblanov, a 2005 graduate of The Cooper Union's School Of Art, and Jesper Carlsen — were in conversation with Ulrich to discuss their collaborative work together, the process of creating art, and more.

You can now watch the discussion below.

Speaking about the decision-making process in METALLICA, Ulrich said: "What we've worked out over the years is that we tend to gravitate toward who is the most passionate. So if somebody pulls in this direction and somebody pulls in that direction, who is the most passionate about the direction that they're pulling. Over the years, we put a lot more emphasis on that than winning the argument, or right or wrong, or yes or no, or this guy versus that guy. It's like we try to get to the bottom of the passion. 'I really fucking see this. I feel it. I know where this should go.' 'Fine. Then you run with it.' And we'll circle back to the next thing where we disagree or whatever. But the passion in the moment and the vision, the amount of that often is what will lead the way rather than right or wrong."

Asked how he and his METALLICA bandmates stay motivated and inspired after all these years, Ulrich said: "I think for METALLICA, the main thing is just continuously mixing it up. So we always have to do different things. We all acknowledge in the band that we all have very short attention spans and we get easily a little lost. And so, if we know that about ourselves, then we always just do different things. So, 20 years ago, 30 years ago, or whatever, there were things in music where it was, basically, you made a record, you went on tour, you made a record, you went on tour. It was this cycle that was very limited and very predictable. And with the collapse of the general music industry a decade or so ago, it felt like you could break out of all that. And so we made a couple, two-three movies; we have our own festival; we have a foundation now. The first show for that foundation is an acoustic benefit thing that we're doing in a couple, two-three weeks. So we're very much thinking about that. So we're always doing different things. When we tour, we try to break up the touring by… we play outdoors, we play indoors, we play big places, we play small places. When we come to New York, we always play a different place. So we have this fear of repetition and this fear of falling into the same cycles, and we're very conscious of that. And so we always try to break it up as much as possible and always embrace different creative challenges as much as we can."

Since their first shoot with Lars in 2014, Herring & Herring have photographed METALLICA on multiple occasions, most notably for their 2016 platinum-selling album "Hardwired… To Self Destruct", providing photography and creative direction for the album cover art, as well as directing music videos, shooting band portraits and capturing their live shows.

Scheblanov and Carlsen co-founded Herring & Herring in 2008. The duo's photographic approach is based upon conceptual and aesthetic exploration; continuously pushing the boundaries of storytelling through an ever-expanding visual vernacular, creating arresting images which bring personality, humor and sarcasm to the world of fashion and celebrity photography. As part of their partnership, they publish and photograph a self-titled image-only magazine built around unique creative collaborations with their celebrity subjects. The publication is as much akin to a highly curated art exhibition as it is to a lifestyle magazine and can be found on newsstands worldwide. In 2017, Herring & Herring were named Hasselblad Global Ambassadors. 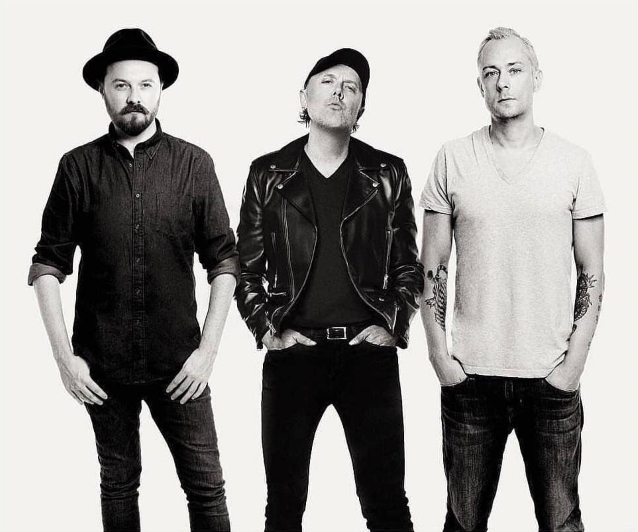