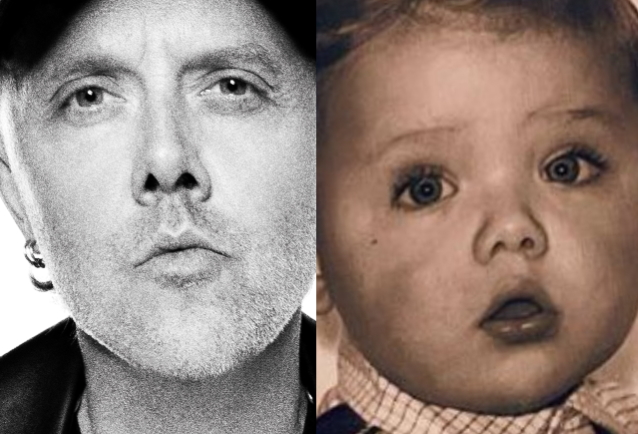 METALLICA's Lars Ulrich took to his Instagram on Sunday (December 20) to share a few passport photos of him that were taken in February 1965, when he was just 14 months old.

"Was looking thru an old scrap book... Passport photos Feb 65," Lars wrote in a caption.

Ulrich, a native of Denmark, played tennis professionally as a teenager and could have gone on to a career as a tennis star, but chose music instead.

METALLICA was formed when Ulrich, who had moved to Los Angeles, placed an ad in a local paper called the Recycler looking for other musicians to play with. The ad was answered by guitarists James Hetfield and Hugh Tanner of the band LEATHER CHARM.

"I went to see YESTERDAY AND TODAY [later known simply as Y&T], playing a show on, like, a Wednesday evening, at the Starwood in L.A. in December 1980," Lars told Kerrang! magazine a few years ago. "I remember the band were having a great time. There was this vibe and energy thing between them and the audience. It was pretty chill, and I remember thinking, 'This looks like so much fun.' At the same time, I was starting to realize that if I wanted to really get anywhere playing tennis, I would have to spend eight hours a day on the court and there was this grind in front of me that didn't have quite the same allure anymore. It wasn't like the next morning the roof opened and a lightning bolt came down, but over the next couple of months, the tennis thing fizzled out and music started taking over."