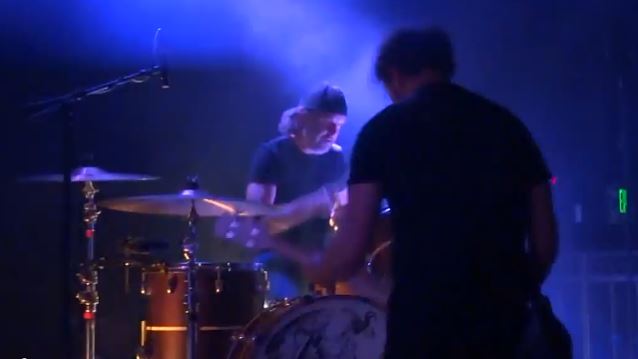 METALLICA drummer Lars Ulrich joined the British rock duo ROYAL BLOOD on stage last night (Wednesday, April 15) at Slim's in San Francisco, California to perform the final song of ROYAL BLOOD's set, "Out Of The Black". Fan-filmed video footage of his appearance can be seen below.

Ulrich previously hung out with ROYAL BLOOD last October when they played San Francisco, and ended up taking them to the famed house used in the Robin Williams 1993 comedy "Mrs. Doubtfire" after the gig.