According to The Pulse Of Radio, METALLICA guitarist Kirk Hammett, SLIPKNOT singer Corey Taylor and Alice Cooper are among the artists interviewed for a proposed new documentary called "The History Of Metal And Horror". The film will explore the longstanding connections between heavy rock and the horror genre, and also feature interviews with KORN frontman Jonathan Davis, ROB ZOMBIE guitarist John 5, ANTHRAX drummer Charlie Benante, Doyle Wolfgang von Frankenstein of the MISFITS and more.

Also interviewed for the film are icons from the world of horror such as "Hellraiser" star Doug Bradley, legendary makeup artist Tom Savini, "The Devil's Rejects" star Sid Haig and Gunnar "Leatherface" Hansen from "The Texas Chainsaw Massacre".

The musicians discuss their love of the genre and the films that scared them when they were young, with Hammett citing "Night Of The Living Dead" and Taylor saying that "Jaws" "scarred me for life."

A crowdfunding campaign has been launched to help the film's production, with a target of $50,000 set with two months to go. 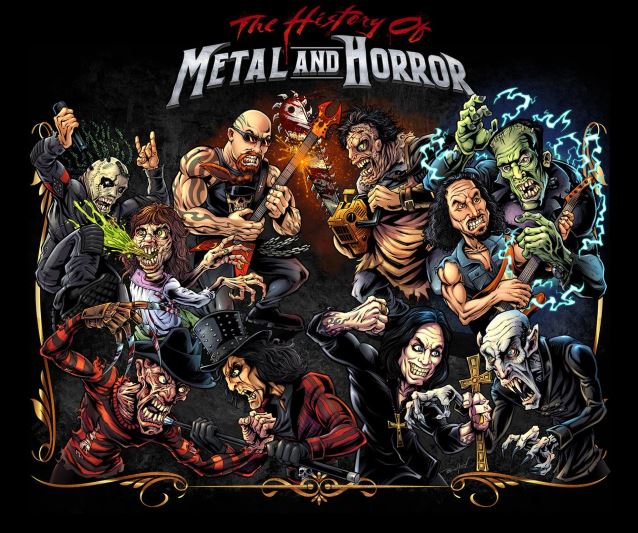