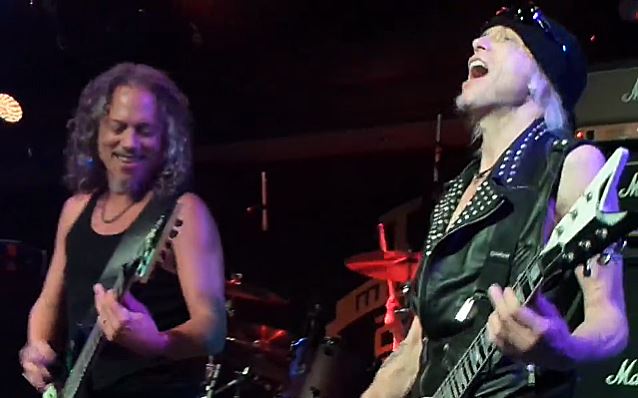 METALLICA guitarist Kirk Hammett joined legendary German axeman Michael Schenker on stage last night (Sunday, May 3) at the RockBar in San Jose, California to perform a couple of songs: UFO's "Natural Thing" and SCORPIONS' "Blackout". Fan-filmed video footage of his appearance can be seen below.

Hammett and Schenker previously traded licks during the taping of VH1 Classic's "That Metal Show" on April 14 at Metropolis Studios in New York City.