Fans will be able to purchase tickets starting on Wednesday, July 23 for the Friday appearance. Once Friday's tickets are sold-out, Saturday tickets will be released.

"Nuclear Blast have been friends for quite some time, so I'm happy to be able to bring one of my exclusives to their booth.

"Being a fan of comics and movies since I was a kid, it's just a huge honor to be at Comic-Con on both sides, selling and buying!"

Be warned, only a strict 300 of these green collectible classics will be available, so act fast to make sure you're in line for yours!

Since he was five years old, Hammett has been an avid lover of monster movies, magazines, posters and toys. Now the time has come for Kirk to share that passion through his own exclusive line of unique collectables, Kirk Von Hammett Toys.

"I've spent my life collecting toys, so what could be more fun than making a series of toys which indulge my childhood fantasies and which people can collect?" said Hammett. "It's more about fulfilling a huge ambition than anything else."

He added: "These will be toys for people who are not only collectors, but who also just love to geek out on monster stuff. Every toy we sell will be from the belly of a proper toy-loving beast, and from one horror nerd to another, I hope you get as big a kick out of them as I do!" 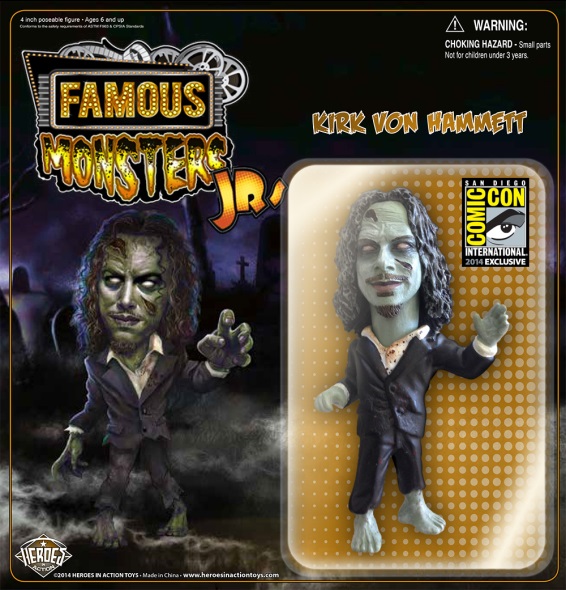