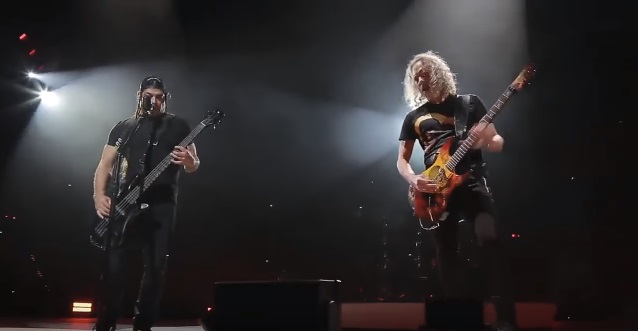 Robert Trujillo and Kirk Hammett played a cover of MICHAEL SCHENKER GROUP's "Into The Arena" and UFO's "Rock Bottom" during METALLICA's March 29 concert in Hamburg, Germany. Fan-filmed video footage of their performance can be seen below.

Hammett is a featured guest on "Resurrection", the new album from legendary German guitarist Michael Schenker's MICHAEL SCHENKER FEST project. The disc, which was produced by Michael Voss-Schön and recorded in four different locations over a five-month period, was released on March 2 via Nuclear Blast.