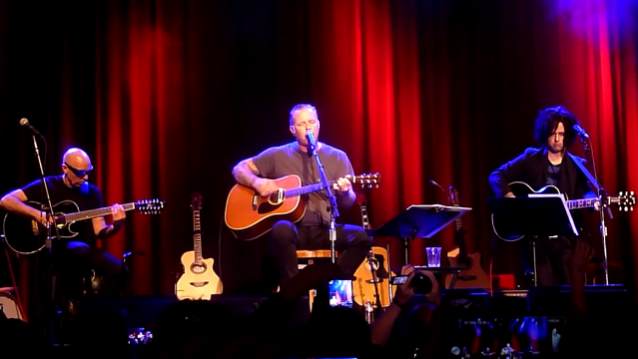 In addition to playing two METALLICA songs on acoustic — "Nothing Else Matters" and "Until It Sleeps" — Hetfield joined forces with two of the evening's other performers, GREEN DAY frontman Billie Joe Armstrong and CHICKENFOOT's Joe Satriani, for a medley of BOB SEGER's "Turn The Page" and the GREEN DAY track "Boulevard Of Broken Dreams". James and Billie Joe traded verses — going back and forth between the two songs — while Satriani accompanied them on guitar. James also delivered an acoustic rendition of THE BEATLES' "In My Life" which he had previously performed with his METALLICA bandmates at this past Monday's (May 12) MusiCares MAP Fund benefit in Los Angeles.

Hetfield's setlist was as follows:

The show was Hagar's idea and was administered through his Hagar Family Foundation. The legendary rocker said in a statement that, "I've seen first-hand the great work [the Pediatric Cancer Program at UCSF Benioff Children's Hospital is] doing and how vital community support is. I ran the idea of a benefit concert by James, and we quickly had an amazing lineup of artists on board...and now we've got an epic event — the first of many, hopefully — so we can keep their research and programs funded and on the path to a cure." 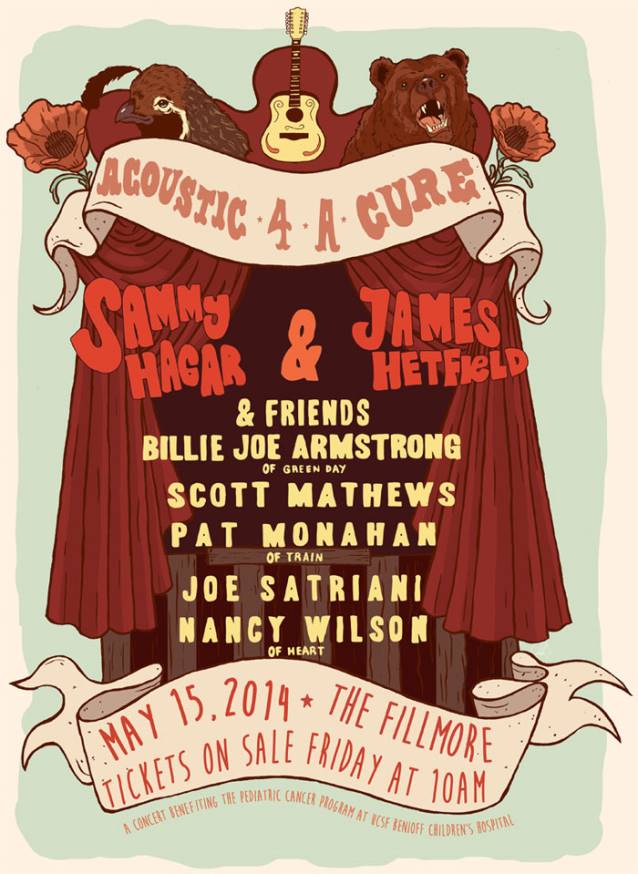