Bloomsbury Publishers will publish author David Masciotra's book on METALLICA's self-titled record as part of its much-celebrated and acclaimed 33 1/3 series.

Says Masciotra: "For the book, I have already interviewed the principal players in the making of the album, including current members of METALLICA — James Hetfield, Lars Ulrich and Kirk Hammett, former bassist Jason Newsted, and METALLICA's former producer, Bob Rock.

"The book is a must-read for METALLICA, metal, and hard rock fans, as I will give up close and personal details, received personally from the band, into the making of The Black Album, and I will examine the importance of METALLICA's music, along with the philosophical depth it possesses."

Official book description: "In 1991, METALLICA released their self-titled, fifth studio album that would become known around the world as The Black Album. Since its release, it has sold 30 million copies, and has become a towering monument in the pantheon of rock's greatest records.

"The 33 1/3 book on The Black Album — the first in the series on the crowned kings of metal — gives readers unprecedented insight into the story behind an iconic album from one of the world's most iconic bands. Written with direct and personal access to all members of METALLICA and Bob Rock, the producer of The Black Album, David Masciotra is able to relay the results of his conversations with James Hetfield, Lars Ulrich, Kirk Hammett, Jason Newsted, and Rock, with storytelling skill and surgical precision. Masciotra takes readers into the recording studio, giving them METALLICA's account of how their most successful and famous record was born and learned to walk into every radio station and stadium stage around the world.

"Masciotra not only talks to the band about the making of the album, but also the stories that inspired the songs. Readers will not only learn about 'The Black Album,' but they will gain greater familiarity with the men who created it. Masciotra argues for METALLICA's coronation within heavy metal, but also persuasively advocates for the aggression, liberty, and spirit of defiance that heavy metal represents. It's a must-read for any METALLICA fan."

An excerpt from the book can be found at 333sound.com.

Masciotra is a cultural critic, political commentator, and columnist with the Indianapolis Star. He is a regular contributor to The Daily Beast, The Federalist, and Splice Today. He is also the author of "All That We Learned About Living: The Art And Legacy Of John Mellencamp".

Drummer Lars Ulrich told Rolling Stone in 1991 about the record's musical shift, "We felt inadequate as musicians and as songwriters (early in our career). That made us go too far, around 'Master Of Puppets' and on '...And Justice For All', in the direction of trying to prove ourselves. We'll do all this weird-ass shit sideways to prove that we are capable musicians and songwriters."

Ulrich added about the eight months it took to make the album, "[Recording] should have gone quicker, in theory, than trying to get everything note-perfect like we have before. But as usual with METALLICA, all those theories and normalities go straight out the window. It took us twice as long to make a record that is twice as loose."

Frontman James Hetfield said, "It was [once] a challenge for us to jam every riff in the universe into one song and make it work. Now we're pretty much doing the opposite. Which is even more of a challenge."

The album was the first of four collaborations with producer Bob Rock, with whom the band clashed throughout the recording of the disc. Rock recalled to Music Radar, "The first three months were difficult. They were all very suspicious of me. It wasn't a fun, easy record to make. I told the guys when we were done that I'd never work with them again. They felt the same way about me."

Ulrich said about Rock in NME, "We'd never really had anybody push us before… We've always thought of ourselves as 'Big Bad Metallica,' but Bob taught us a new word none of us had ever heard before: soulful." 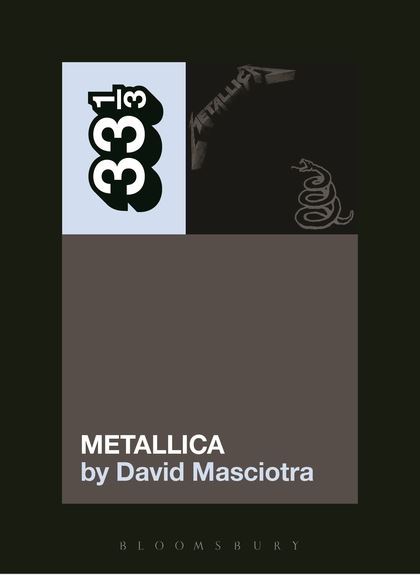