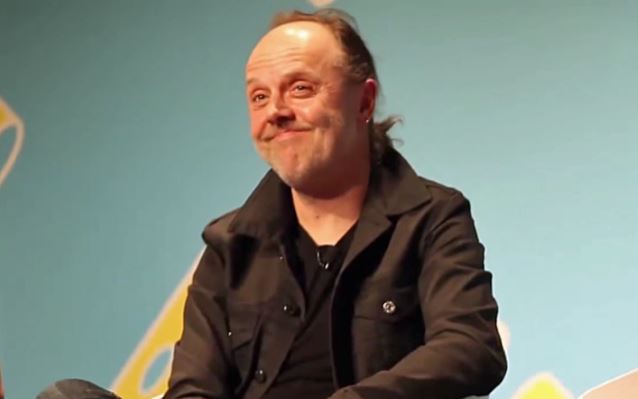 According to The Pulse Of Radio, METALLICA drummer Lars Ulrich said in a new interview that he doesn't think the band is going to commemorate its 35th anniversary in 2016. Speaking with Billboard.com, Ulrich explained: "In 2011 we celebrated our 30th with a week's worth of concerts in San Francisco for our fan club. But you've got to be careful. You don't wave the flag continuously for old laurels, things you've done way in your past."

He added: "It's tricky to find the right balance between looking into the future and celebrating the past. As active as we've been over the years, you can find a celebration in almost anything. So we kind of shy away from doing too much of that."

METALLICA currently has 10 dates on its calendar between now and mid-September, including this year's edition of Lollapalooza, which will take place at Grant Park in Chicago, on July 31, August 1 and August 2.