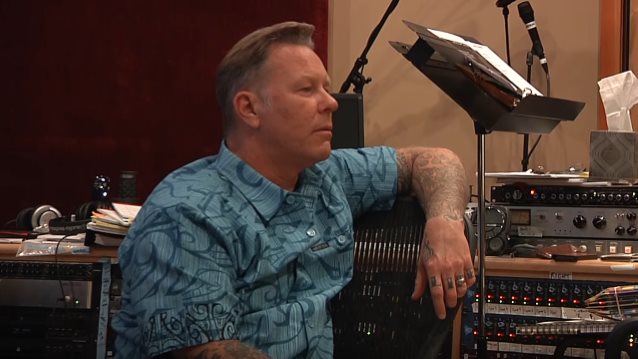 Video footage of METALLICA in the band's headquarters in San Rafael, California during the writing and recording of "RL72", the song that later became "Here Comes Revenge", can be seen below.

"Here Comes Revenge" is taken from METALLICA's new album, "Hardwired… To Self-Destruct", which was released on November 18 through the band's own Blackened Recordings. According to Billboard, the disc will likely top The Billboard 200 albums chart next week, as it is projected to move 300,000 equivalent album units in the week ending November 24, with traditional album sales accounting for 280,000 of those units.

Next week's The Billboard 200 chart is scheduled to be revealed later today (Sunday, November 27).

METALLICA revealed last weekend that "Hardwired" is No. 1 in 57 countries, with the album going Top 3 in 75 nations and Top 5 in 105 countries.