METALLICA's official web site has been updated with the following message:

"Earlier this year we were contacted by author and major METALLICA fan Matt Taylor, who wrote the critically acclaimed, award-winning and much-respected account of Steven Spielberg's escapades as he was making his ground-breaking film 'Jaws' on the island of Martha's Vineyard in 1974. Matt came to us with a proposal to tell the definitive story of 'Master Of Puppets' and the subsequent tour that followed its release and when we took a spin through 'Jaws: Memories From Martha's Vineyard', we were so blown away by the presentation, thorough coverage, and attention to detail that went into it, we knew he was the man to help us celebrate the upcoming 30th anniversary of that release. As some of you keen observers may have noted, we have not been involved with most of the other books out there about METALLICA, but we just had to work with Matt, 'cause his first book is so damn cool!

"Matt has been very busy doing extensive interviews with all of us, our managers, record company staff, people we hung with then and Cliff's [Burton, late METALLICA bassist] dad Ray, who has graciously given us some of his time. However, Matt is still out there with his trusty recorder and scanner looking for more stories and photos. Just as he did with 'Jaws', Matt's plan for the 'Master Of Puppets' book is to lean heavily on amateur, fan-taken photos and stories reflecting the grassroots vibe of the time, so this is where you come in. Were you there in 1986? Snuck a camera into a show or two? Ran into us at a record store or in the bar? Have a funny story about getting to the gig or photos of you and your pals there? We want them all!! Cropped, blurred, overexposed? We'll take 'em! No photographs, anecdotes, or stories are too insignificant. We want YOU to be a part of this book!

"Please e-mail us at [email protected] to tell us your story and receive more info about submitting photos. All submissions must be from your own personal collection... we can only use snapshots that YOU took. Remember, we want everything! No story or snapshot is too small or trivial.

"Oh, and in case you're wondering, we are planning to have it all put together and ready for your eyes in the fall of 2015. And click here to check out Matt's first book, 'Jaws: Memories From Martha's Vineyard'."

Released on February 21, 1986, "Master of Puppets" only reached No. 29 on the Billboard album chart but has sold over six million stateside copies since. It is the last record to feature bassist Cliff Burton, who was killed later that year in a tour bus crash. A loose concept album about how we are all puppets in one way or another — be it to a cult, a drug, the government, organized religion, or, in the most extreme case, the psycho ward — it still ends on a positive note, exhorting the individual to break free of the constricting mores of society in an effort to achieve true non-conformism. It featured staples of the band's live set such as "Battery", "Welcome Home (Sanitarium)" and the title track. 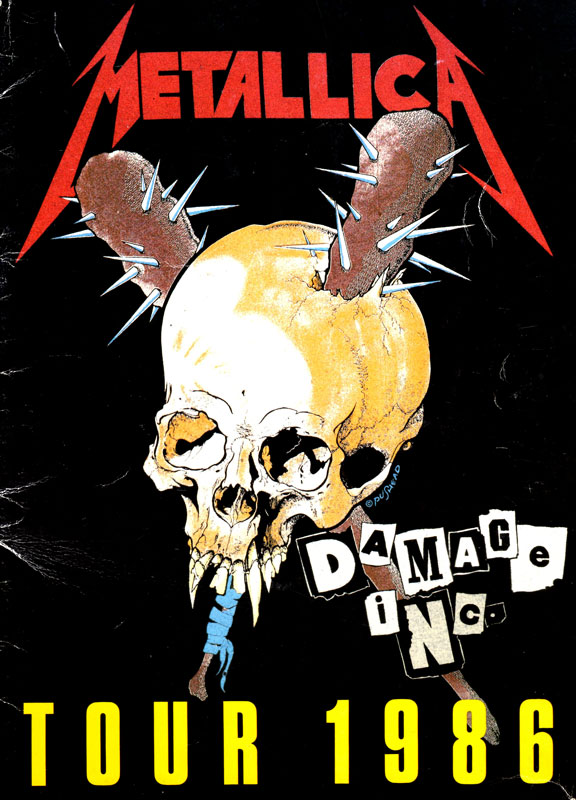