The latest series of Pop! Rocks vinyl figures, which is due in August, includes all four members of the band. These stylized Pop! vinyl figures stand 3 ¾ inches and come in a window display box.

Headquartered in Everett, Washington, Funko is a leading pop culture consumer products company. Known for its whimsical, fun and unique products that enable fans to express their affinity for their favorite "something" — whether it is a movie, TV show, video game, musician or sports team — Funko infuses its distinct designs and aesthetic sensibility into one of the industry's largest portfolios of licensed content over a wide variety of product categories, including figures, plush, accessories, apparel and homewares.

Funko's Pop! vinyl is one of the most popular stylized vinyl collectibles on the market, selling millions of figures to collectors around the world.

Funko has licenses with over 150 television shows, movies, and video game and pop culture titles. 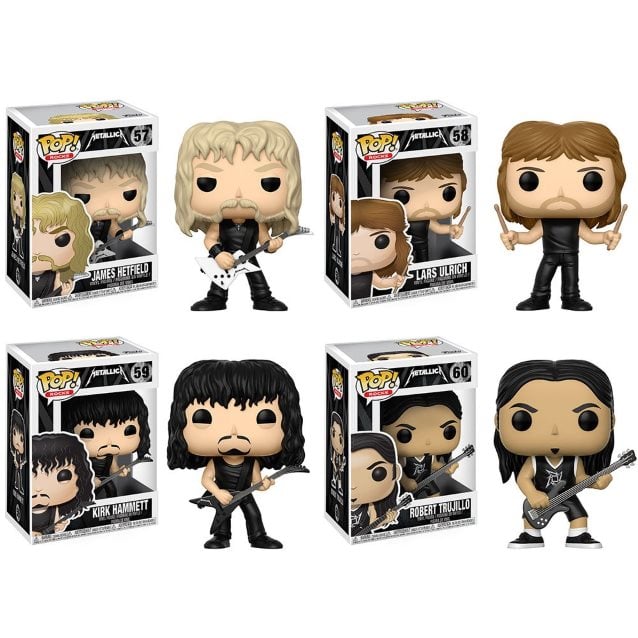