"To Live Is To Die: The Life And Death Of Metallica's Cliff Burton", written by British author Joel McIver in 2008, will be republished in updated form on September 6 by Jawbone Press. The comprehensive, 312-page biography comes with a foreword by METALLICA guitarist Kirk Hammett, a new afterword by ANTHRAX bassist Frank Bello and extra material examining Burton's continued legacy since the publication of the original edition.

The early career of METALLICA, whose back catalogue has now sold over 100 million units worldwide, was marked by a gradual evolution from garage thrash to sophisticated, progressive heights — an evolution driven by their bass player, Cliff Burton, who pushed the band to new heights with his songwriting ability and phenomenal bass guitar skills across three albums: "Kill 'Em All", "Ride The Lightning" and their undisputed masterpiece, "Master Of Puppets".

Cliff's life was short but influential; his death at the age of 24 in a tour bus crash on a Swedish mountain road was sudden and shocking. Following his passing, METALLICA went on to huge global success, but by their own admission, they never pushed the creative envelope as radically as they had done during the first four years of their career.

Said MACHINE HEAD frontman Robb Flynn: "When we toured with METALLICA in 2008-09, I read Joel McIver's then-just-released Cliff Burton biography. If you haven't, do yourself a favor, and pick up one of the best biographies you'll ever read."

Joel McIver is the author of 30 books on music. As well as writing biographies of leading figures in rock and metal, he has co-written the memoirs of a number of musicians, including members of MEGADETH, DEEP PURPLE, SOULFLY and the SEX PISTOLS. He contributes regularly to magazines and newspapers such as Classic Rock, Metal Hammer, The Guardian and the Daily Telegraph. 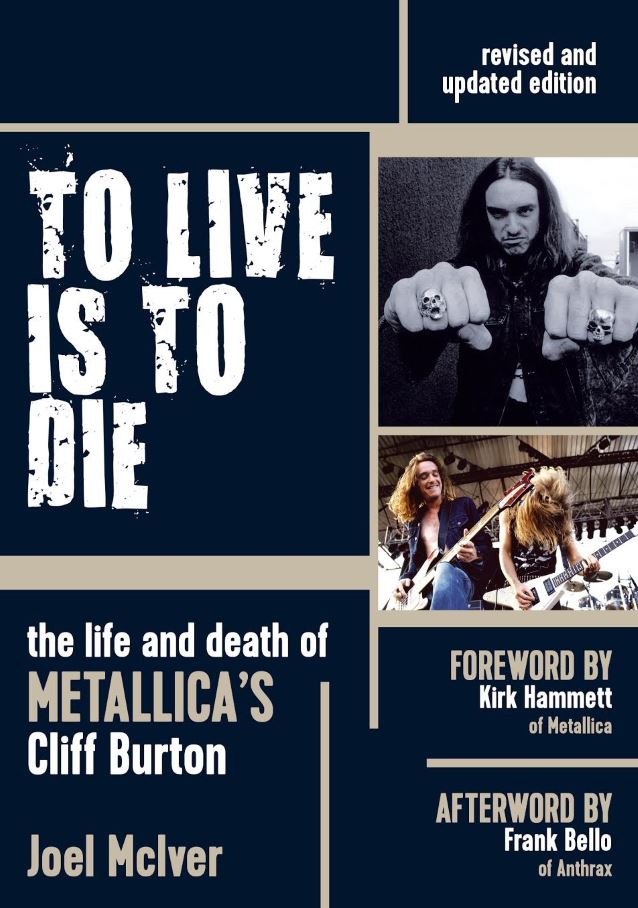