As METALLICA celebrates the launch of the new web site for its All Within My Hands foundation, the band has announced that in the spirit of the holidays and their "Give Good" campaign, Starbucks and Spotify are donating $1 million to be divided between METALLICA's foundation, Chance The Rapper's Social Works and Lady Gaga's Born This Way Foundation. To commemorate the partnership, starting tomorrow (Tuesday, November 28) limited-edition gift cards featuring each artist will be available at 8,000 Starbucks stores throughout the U.S. while supplies last.

Visit Starbucks.com to find your closest location and join METALLICA in giving back during the holiday season. Not all stores will carry the gift card, so be sure to call ahead to find out if they are available at your local Starbucks. Check out AllWithinMyHands.org for additional information about METALLICA's foundation and the charity partners the band supports.

In February 2017, METALLICA announced the formation of All Within My Hands, dedicated to assisting and enriching the lives of members of the communities who have supported the band for years, as well as encourage participation from fans and friends.

"We're excited to take the next step in giving back and have launched an all-new web site, AllWithinMyHands.org, to let you know what we've been up to, keep you posted on new activities, and provide you with a place to read up on the causes we support and ways you can assist," METALLICA said. "Sign up for the e-mail list and we'll shoot you a note when we have additional updates.

"We have always taken pride in giving back to the community and have played many benefit concerts and festivals, including the Bridge School Benefit Concerts, Global Citizen, and most recently Band Together Bay Area, donated proceeds from ticket sales and album releases to various charitable organizations including Fondation de France's Give For France and Gilda's Club NYC, met with many Make-A-Wish participants and supported local food banks in the markets we've played in," the band continued. "We kicked things off this summer for AWMH with our inaugural campaign, a partnership with Crowdrise entering fans who donated through their site into drawings to win tickets, Meet & Greet, pre-show party or snake pit passes and other cool prizes at 22 stops throughout the North American tour. One lucky Grand Prize Winner traveled along with us on a private plane to our show in Atlanta!

"All Within My Hands will be taking things to the next level with an even greater impact through a sustained and focused philanthropic commitment and hope to inspire others to join us in making the world a better place through local community support. All funds raised will be donated to a cross-section of national and local charities... every penny from your donations will go directly to our charity partners."

In the spirit of the holidays and their “Give Good” campaign, Starbucks and Spotify are donating $1 million to be divided between our All Within My Hands Foundation, Chance The Rapper's Social Works and Lady Gaga's Born This Way Foundation.

To commemorate the partnership, starting tomorrow limited edition gift cards featuring each artist will be available at 8,000 Starbucks stores throughout the U.S. while supplies last. #givegood 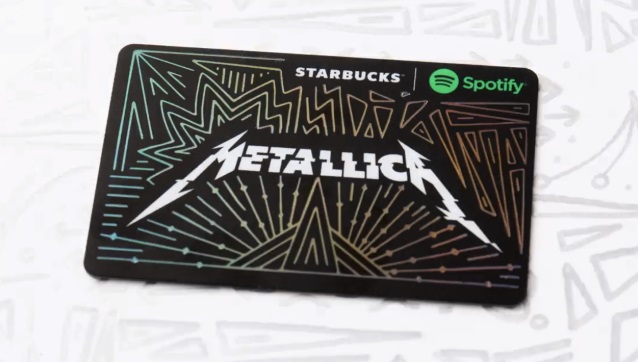