According to Emol.com, METALLICA's January 26, 2010 concert in Santiago, Chile was attended by Graciela Mora, a 76-year-old grandmother who is affectionately known as "Granny Metallica."

As her 16-year-old grandson, whom she invited to the concert, made his way to the front of the stage in order to get close to his idols, Mrs. Graciela gently worked her way through the crowd, leaning on her cane and stopping every so often to be photographed.

"Grandma, can I can take my picture with you?" fans could be heard shouting. "Granny Metallica" obliged, posing in a way that is very unusual for people her age: she wore a black METALLICA headband and flashed the "devil's horns," the universal symbol for heavy metal around the world.

"I love METALLICA. I've been a fan since I was young, and I brought my grandson because the last time [we were supposed to see METALLICA in 2003] we were disappointed. We had seats, but the band [ended up cancelling the show]. So this time it was now or never," she explained. 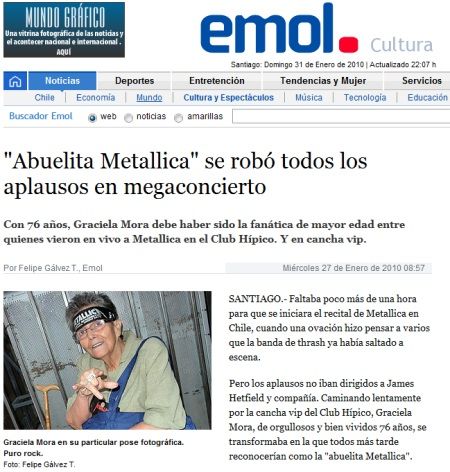 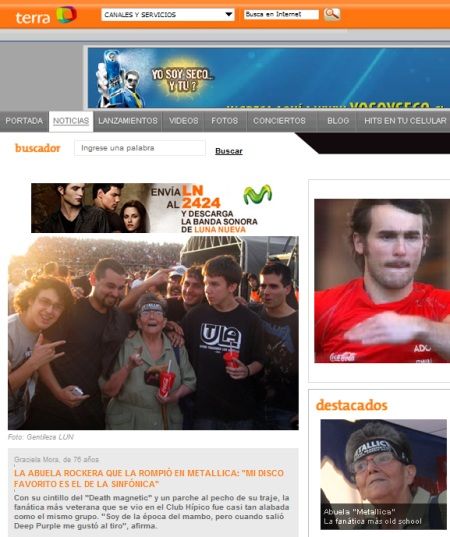