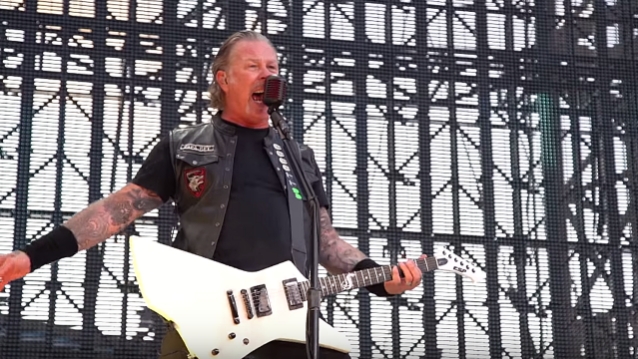 Professionally filmed video footage of METALLICA performing the song "The God That Failed" on July 9 at Ullevi in Gothenburg, Sweden can be seen below.