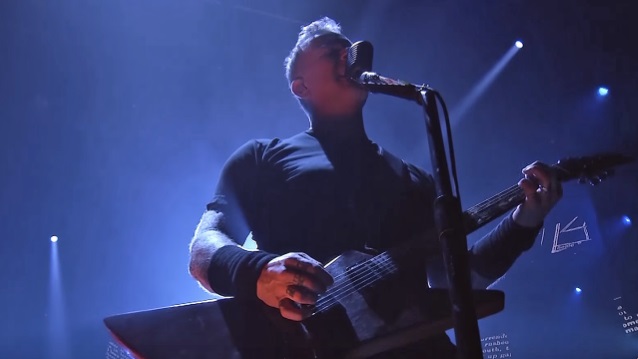 Professionally filmed video footage of METALLICA performing the song "One" on April 11 at Palexpo in Geneva, Switzerland and a cover of the DIAMOND HEAD classic "Am I Evil?" on April 9 at Hanns-Martin-Schleyer-Halle in Stuttgart, Germany can be seen below.

METALLICA has played 16 shows in Europe since early February and has another eight dates booked between now and mid-May.