METALLICA has found a way to poke fun of the controversy surrounding its headlining appearance at this weekend's Glastonbury festival by selling a special t-shirt at the U.K. event featuring negative quotes about the band emblazoned across it. (See images below.) The front of the shirt features the word "GLASTALLICA" at the top written in the classic METALLICA logo font along with the message "Peace, Love & Metal" at the bottom. Quotes on the back of the shirt range from Alex Turner of the ARCTIC MONKEYS saying "I'm not sure it adds up… Could you have METALLICA in the hippy nucleus?" to British web site The Guardian's headline of "METALLICA at Glastonbury. Whoopee-fucking-doo." Also included is a seemingly out-of-place quote from JUDAS PRIEST singer Rob Halford, who said, "I had a diva moment when I heard about METALLICA at Glastonbury. Next time, Michael [Eavis, Glastonbury organizer], when you want to bring metal to Glastonbury, can you make sure it's British?"

METALLICA drummer Lars Ulrich recently spoke out about the negative feedback to the band's appearance at Glastonbury, which will be the first time in the event's 44-year history that a metal act has topped the bill. Asked about the response, Ulrich told Metal Hammer, "Glastonbury is like the Holy Grail in England, and we're respectful to that. But if somebody sits there and talks about petitions or what some other guy says, there's a point that it just becomes ridiculous."

Ulrich continued, "We're fairly thick-skinned. Obviously if Mick Jagger has something to say, or Alex Turner [of ARCTIC MONKEYS], or the nice guys in KASABIAN, it's cool. But if some guy in some other band — it's like, 'Huh? What? Who are you?'"

Ulrich may have been referring to comments made by drummer Martin Bulloch of Scottish indie band MOGWAI, who called METALLICA "shite," while multi-instrumentalist Barry Burns added, "I can't wait to hear [Ulrich] play the drums again — unbelievably bad."

Ulrich's mention of a petition may have been an indirect reference to a petition launched last month calling for METALLICA's removal from the festival, due to frontman James Hetfield hosting a new series about bear hunting on the History channel.

METALLICA guitarist Kirk Hammett addressed the petition during an interview with Kerrang! magazine, saying: "I mean, this whole animal activist thing? Really? It's ridiculous. They fucking sell hamburgers at Glastonbury, alright? Tell these people that they're looking under the wrong fucking rock."

Speaking about the Glastonbury criticism with the BBC, Ulrich said, "The fact that everyone's got an opinion I'll take as a good thing because it means that people still care and are still interested and we still have one foot in relevance of some sort. It's comforting that 33 years into a career you can still manage to stir up a little bit."

According to The Pulse Of Radio, Glastonbury is a very laid-back type of festival, with more of a hippie/indie vibe than most, which is why there has been so much controversy over METALLICA playing the show in the first place.

METALLICA will close the show at Glastonbury on Saturday, June 28. Other headliners include ARCADE FIRE and KASABIAN. 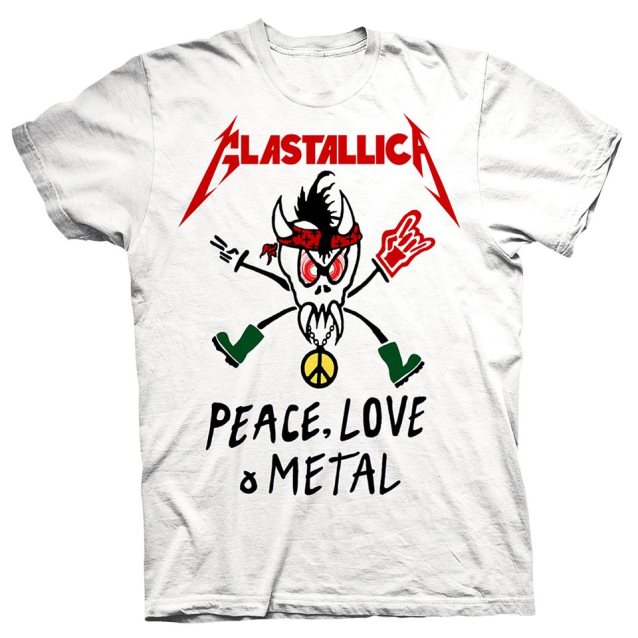 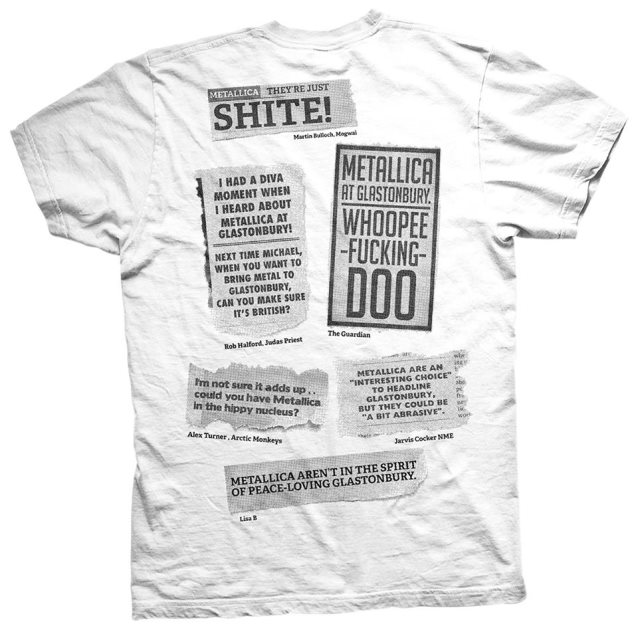