METALLICA played a special rehearsal show to about 1,200 family, friends, contest winners and members of the band's official fan club Friday night (October 17) at the Cow Palace just outside San Francisco, California. According to photographer Alan Ralph, who attended the concert, it was a "great show (of course!), in the round, complete with fire, a bit of pyro, laser light show (entire first song, then during some of 'Master Of Puppets'), eight huge lighting rigs shaped as coffins, and a setlist that went from 'Harvester Of Sorrow' to five 'Death Magnetic' tracks to 'Fight Fire With Fire', 'Master Of Puppets', and 'Seek And Destroy'! Unfortunately, they didn't play 'Creeping Death', they played three slower songs, and they played a 'St. Anger' song, 'Frantic'. The stage itself was very basic — eight mics, one placed every 10 feet, drumset in the middle (on a rotating spinner, which spun 1/4 turn every few songs to make a complete loop by the end of the show), two sets of 4-5 amps, not stacked, kept low to the stage so people could see over them; in between the sets was a fire rig."

Check out some of Alan Ralph's photos below. 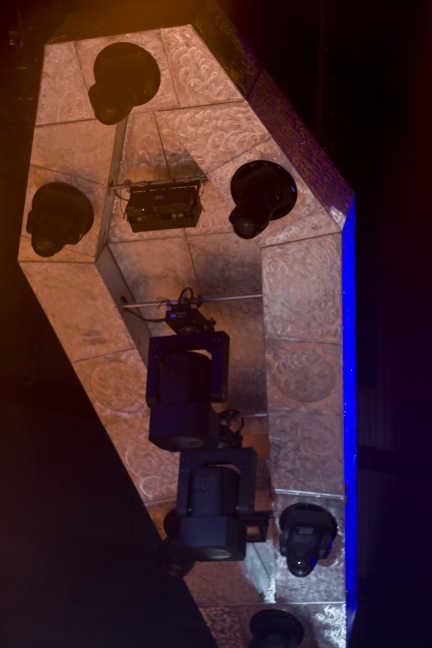 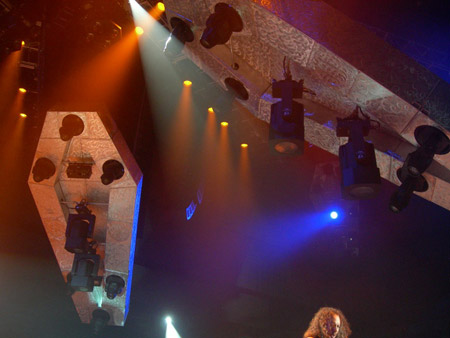 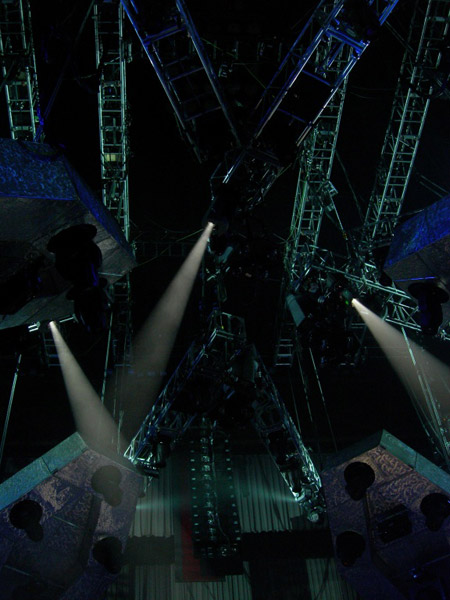 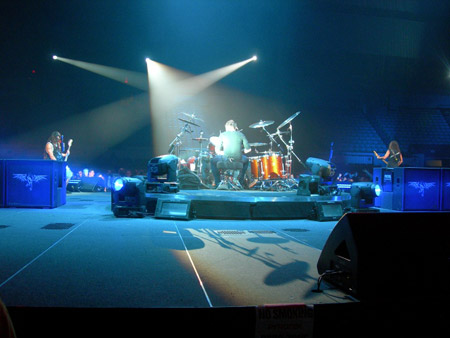 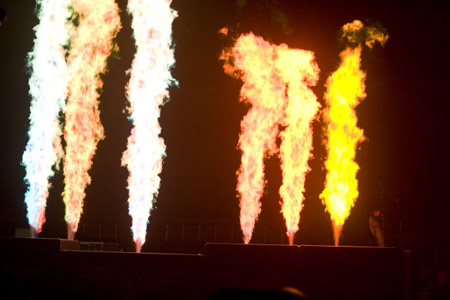