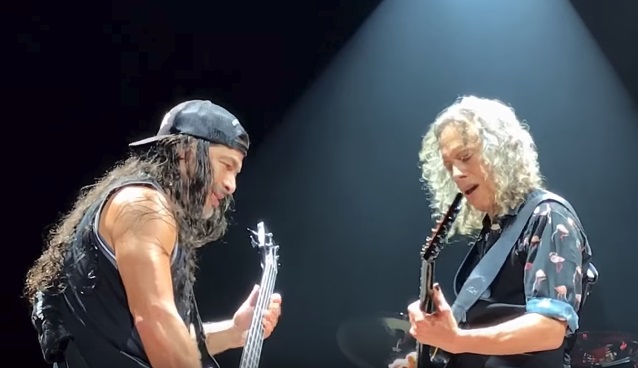 Trujillo said prior to launching into the track: "Tonight we pay tribute to the Swiss band CELTIC FROST, and this is in memory of Mr. Martin Eric Ain, bass player extraordinaire. This song is called 'Procreation…' You know the rest. Sing it with me or headbang like it's 1984."

Ain died last October after suffering a heart attack at the age of 50.

METALLICA has played 16 shows in Europe since early February and has another eight dates booked between now and mid-May.