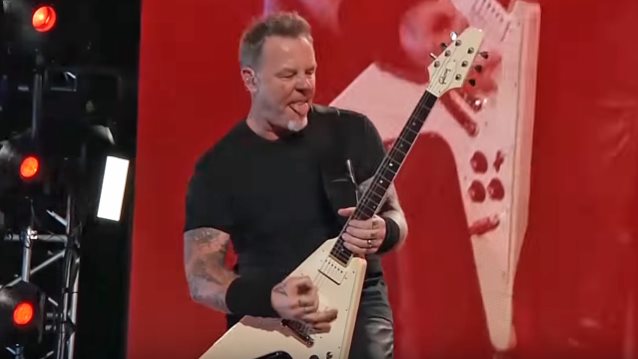 Official video footage of METALLICA performing the song "Whiplash" on January 15 at the Mercedes-Benz Arena in Shanghai, China can be seen below.

As previously reported, METALLICA will play an intimate show for around 3,000 or so fans at the Hollywood Palladium in Los Angeles on February 12. But tickets will be available only to Citi cardmembers as part of a new Citi-sponsored program called "Citi Sound Vault." METALLICA will play the final night of five shows that are part of the event, with Sting, Beck and THE CHAINSMOKERS all performing on other nights as part of that week's Grammy Awards festivities.

Tickets will be available Tuesday (January 31) at 10:00 a.m. PT exclusively for cardmembers using their Citi credit or debit card.

METALLICA drummer Lars Ulrich told The Pulse Of Radio a while back that playing different-sized venues keeps shows fresh for the band. "I think that we vary it enough for ourselves, and for the fans too, that we're not in competition with ourselves," he said. "You know, we play stadiums, we play arenas, we play the Bowery Ballroom, we play the Fillmore, we play — you know, each place and each type of setup has its own kind of vibe. The great thing for us is just being able to bounce back and forth between them so it never gets super-stale or stagnant, you know?"

METALLICA will also perform at the 59th annual Grammy Awards, set to take place on the same night, February 12, at the Staples Center in Los Angeles, California. The ceremony will be televised at 8:00 p.m. on CBS.

The band is nominated this year in the "Best Rock Song" category for the track "Hardwired", from its latest album, "Hardwired… To Self-Destruct".

The group has plans to hit Europe, South America and North America in the months ahead, including its first proper U.S. trek in eight years. 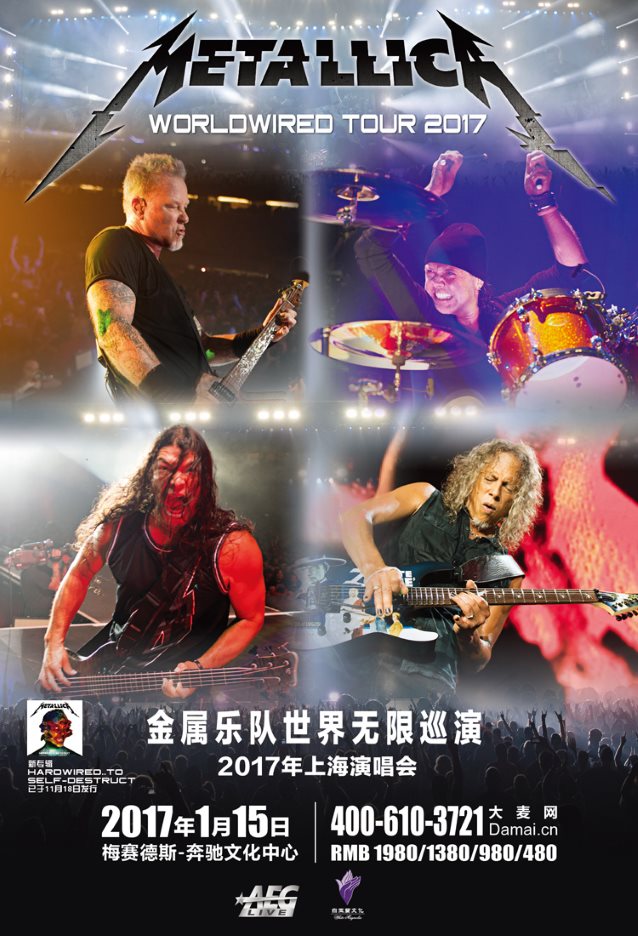