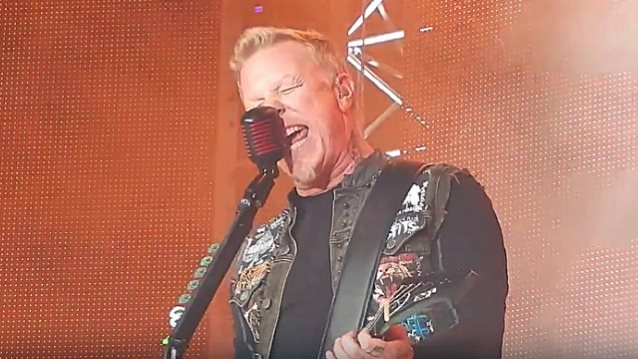 METALLICA has uploaded a five-minute video recap of the band's May 14 concert at MetLife Stadium in East Rutherford, New Jersey as part of the North American leg of the "WorldWired" tour. Also available is fan-filmed video footage of the show (courtesy of John Erigo).

16. Fight Fire With Fire
17. Nothing Else Matters
18. Enter Sandman

METALLICA was joined in East Rutherford, as they will be on most of the rest of the trek, by VOLBEAT and AVENGED SEVENFOLD.

The North American run will hit stadiums in 22 more cities before ending in mid-August. METALLICA drummer Lars Ulrich told Rolling Stone that the band was genuinely surprised to learn they could still play stadiums, saying, "It was like, 'Holy fuck, people really still care about this band in ways that you stopped taking for granted literally decades ago. It was very inspiring and kind of eye-opening."

The next stop on the tour is The New Coliseum Presented By NYCB in Uniondale, New York on Wednesday (May 17). 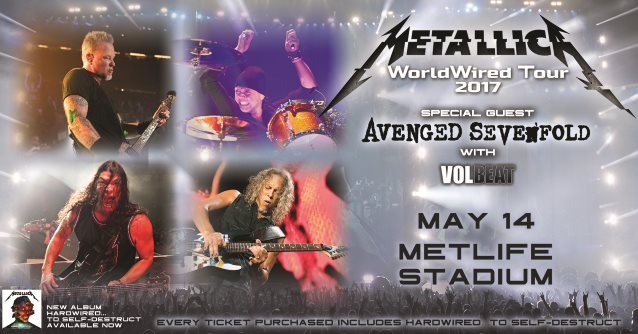