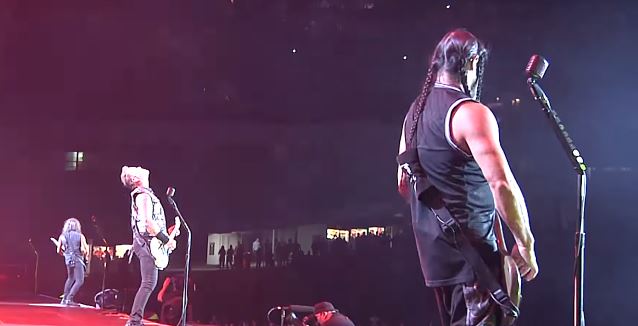 METALLICA played the biggest-ever hard rock concert in Sweden on August 22 in front of over 63,000 screaming fans at Ullevi Stadium in Gothenburg.

Official fly-on-the-wall footage of the show can be seen below. The 13-minute clip, which was shot by a MetOnTour reporter, includes drummer Lars Ulrich in the meet-and-greet, pre-show tuning-room footage, and "Battery" from the show.

METALLICA currently has seven dates on its calendar between now and mid-September, including two shows in Quebec City, Canada and an appearance at the Rock In Rio festival.

METALLICA has made available for purchase a limited-edition box set containing 50 CDs that chronicle the band's tours of Australia and New Zealand in 2010 and 2013. The set features recordings of 62 different METALLICA originals and covers from 25 different shows, each on two discs, and retails for a hefty $395. 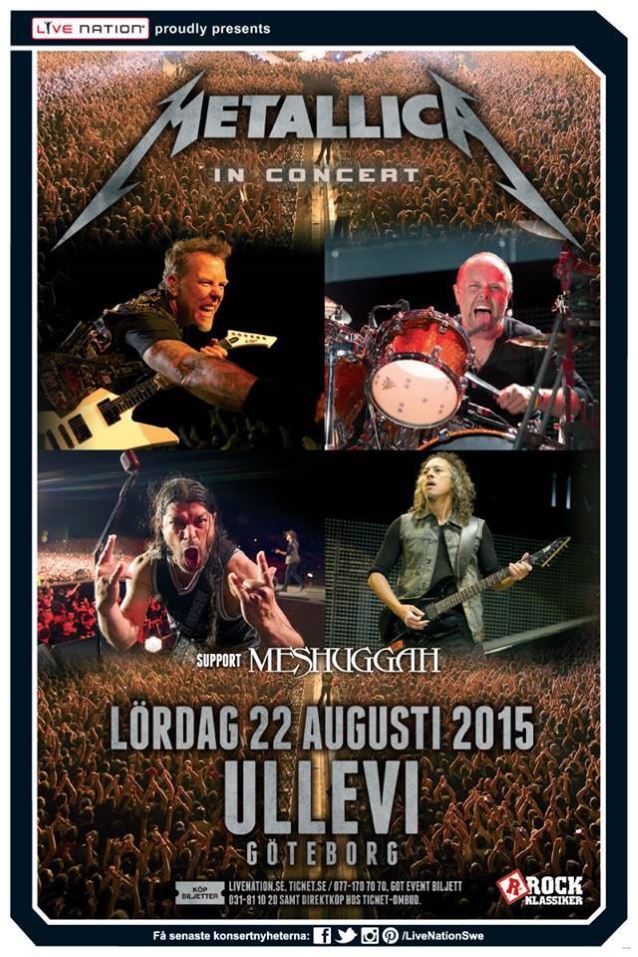