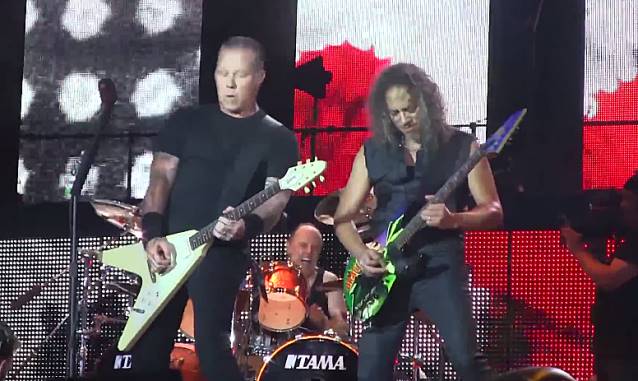 Official Metallica.com footage of METALLICA's June 6 performance at Rock Im Park festival in Nürnberg, Germany can be seen below. The 20-minute clip includes footage of bassist Robert Trujillo in the METALLICA fan club meet-and-greet, the band warming up in the tuning room and the songs "Creeping Death" and "The Day That Never Comes" from the show.