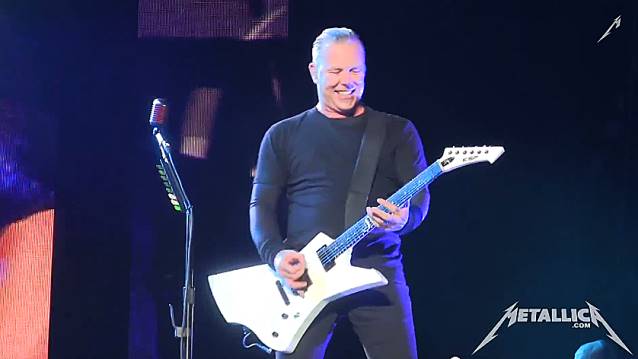 Official Metallica.com footage METALLICA's June 9 performance at the Pinkpop festival in Landgraaf, The Netherlands can be seen below. The 26-minute clip includes footage of the band warming up in the tuning room, and "Ride The Lightning" and "Wherever I May Roam" from the show.