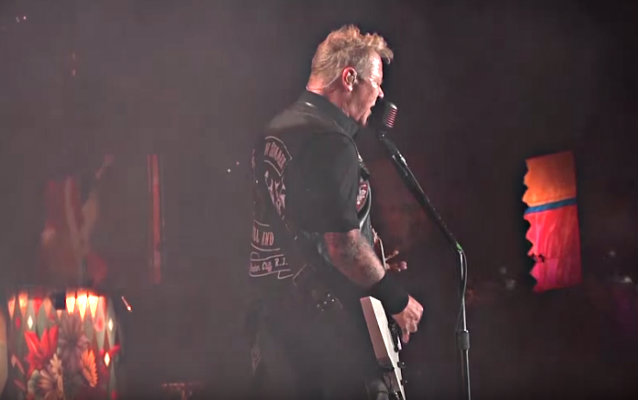 Official Metallica TV video footage of METALLICA performing the song "Moth Into Flame" on April 1 at Lollapalooza Chile in Santiago can be seen below.

16. Fight Fire With Fire
17. Nothing Else Matters
18. Enter Sandman

METALLICA drummer Lars Ulrich said in a new interview with Chilean outlet Sonar FM that his relationship with frontman James Hetfield is "the best it's been" in their 36-year partnership. Ulrich explained: "I think it's the best it's been now. I think we know where each of us are, we know much more about who each other is, and we know how far we can push each other, and I think there's much more of a partnership going on than there used to be. Now we're not fighting to win an argument. We rarely argue over anything, and we try to see each other's point of view much more. It's called growing up."

The drummer added, "So it's in a very good place — much more mature than it's been forever, basically."

METALLICA nearly broke up in 2001 when bassist Jason Newsted left and Hetfield went into an extended rehab program amidst band infighting. The period was chronicled in the 2004 documentary "Some Kind Of Monster".

Ulrich was also asked by Sonar FM about METALLICA now self-funding its own record label, albums and other ventures. Ulrich replied, "Being autonomous and independent is a great position to be in because you never feel like you owe anybody anything."