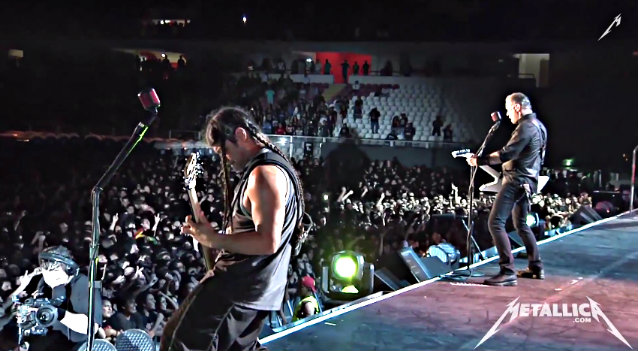 METALLICA's official YouTube channel MetallicaTV has uploaded "fly-on-the-wall" footage shot by the MetOnTour reporter on March 20 in Lima, Peru. The clip, which can be seen below, includes the band warming up in the "tuning room" as well as "The Four Hosemen" and "Whiplash" from the show.

As promised, the band played a nearly all-request set in Lima, with 17 songs chosen online by fans prior to the gig and the last slot filled by the new track "The Lords Of Summer".

Drummer Lars Ulrich told Rolling Stone that "The Lords Of Summer" "is fairly representative of where our creative headspace is at right now. It's one of those things that's like, 'Here, we're writing and we're creating.'"

The rest of METALLICA's "by request" show in Lima featured such "rarities" as "Master Of Puppets", "Welcome Home (Sanitarium)", "Battery", "Fade To Black", "One" and "Enter Sandman". 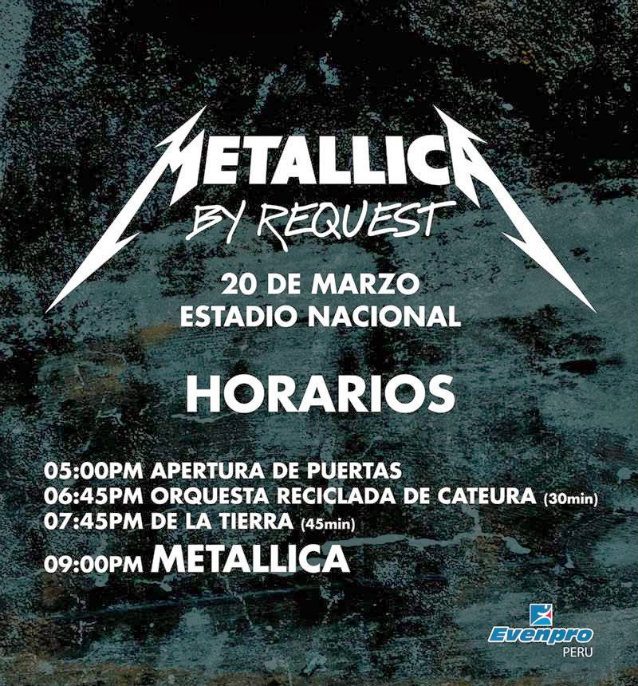