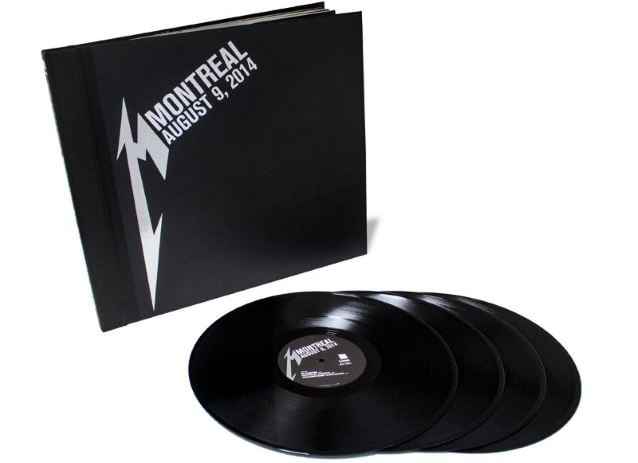 METALLICA recently announced plans to release four complete shows from the band's 2014 "By Request" tour on vinyl. The unboxing video below focuses on the Montreal set, recorded live at Parc Jean-Drapeau on August 9, 2014.

Says the band: "With your help voting for your faves, we've pressed four shows from the 2014 'Metallica By Request' tour on 180-gram vinyl. These quadruple vinyl sets from Bogota, Helsinki, Istanbul and Montreal are limited to 500 copies of each show and you may pre-order the four-pack now at a reduced price or pick up a copy of the Montreal show. The three remaining titles will be available one each week in November starting on November 9th, four-packs will ship by the end of that month."

METALLICA has reportedly been working on its tenth studio album, which will follow up 2008's "Death Magnetic".

Drummer Lars Ulrich told Rolling Stone magazine that the band doesn't want to record in a way that feels "labored over and overthought."

METALLICA has spent a lot of time outside the studio in the last year, with activities that included a string of European all-request shows last summer, a week-long residency on "The Late Show With Craig Ferguson", and a Rock In Rio USA stint.