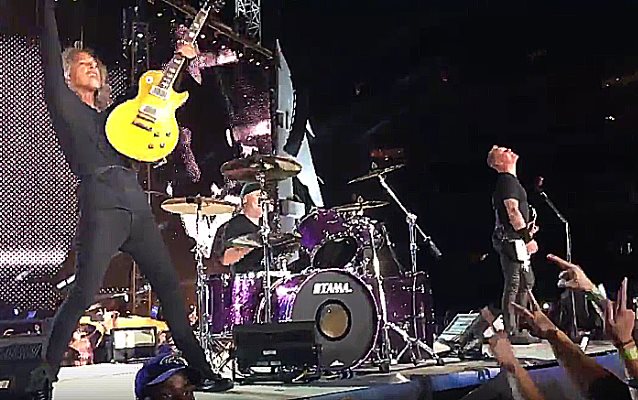 METALLICA kicked off the North American leg of its "WorldWired" tour Wednesday night (May 10) at M&T Bank Stadium in Baltimore, Maryland. According to Rolling Stone, the stage show included "seemingly hundred-foot screens that stretch to the upper rafters of the gigantic venue, chest-rattling bass drum that approximates Lars Ulrich personally kicking you in the gut and pyro displays that include 40-foot flames that turn into fireballs and fireworks galore." The stage even has giant balloons that display the cover of METALLICA's latest album, 2016's "Hardwired… To Self-Destruct".

The band's 18-song setlist included five tracks from "Hardwired", which was certified platinum last month by the RIAA (Recording Association Of America).

Ulrich told Rolling Stone that playing two one-off stadium gigs last year — at San Francisco's AT&T Park and Minneapolis's US Bank Stadium — showed the group that they could still draw larger venues in the U.S. as they tour in support of "Hardwired… To Self-Destruct". "It was like, 'Holy fuck, people really still care about this band in ways that you stopped taking for granted literally decades ago,'" he said. "It was very inspiring and kind of eye-opening.

"Full stadium runs can sometimes be a little intimidating," he continued. "There's all these things to worry about like, 'You should really try to play maybe only on the weekend,' and, 'Where do you play on Tuesday?' and some of those practicalities can get a little bewildering. We just threw caution to the wind. Doing a stadium run seemed like the perfect thing on the back of how well this record has been received and all the good will that's out there in METALLICA's world right now."

METALLICA guitarist Kirk Hammett concurred, telling The Baltimore Sun: "It looks like we're selling more tickets than we have ever before in the United States. Knowing that has made everyone super excited about the tour. It's a good place to be because we feel pretty fresh."

The North American leg of the "WorldWired" tour will hit stadiums in 25 cities before winding down in mid-August. 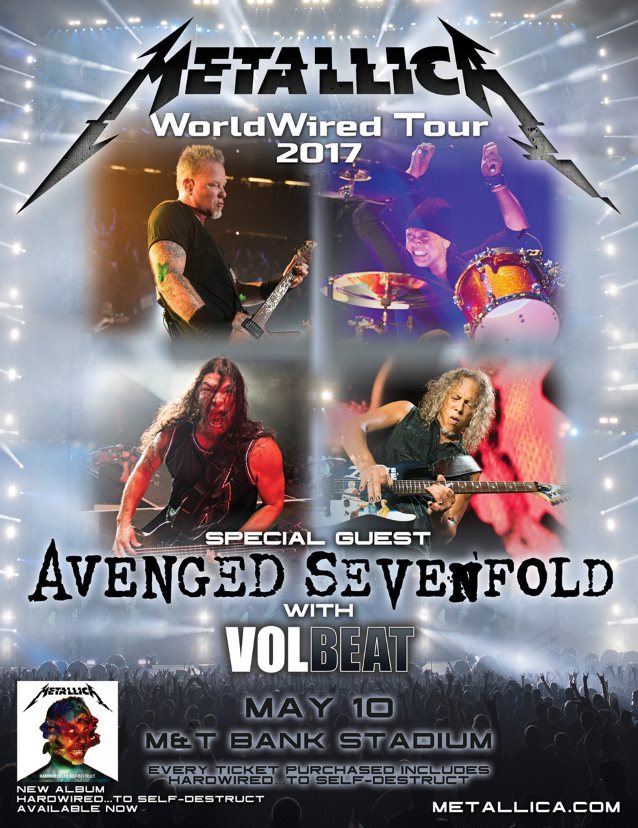