Few bands have achieved the success and status afforded the heavy metal pioneers known simply as METALLICA. METALLICA's sound, a raw fury few can match, has stood the test of time and placed members James Hetfield, Lars Ulrich, Dave Mustaine, Cliff Burton and Kirk Hammett in an exclusive club of artists. Read about the formation of the band in this special issue of Orbit.

Since 2008, StormFront Media (formerly Bluewater Productions) has been publishing comic books featuring current events, entertaining biographies of the famous and the infamous, and a burgeoning fiction line featuring the character Insane Jane (which was just optioned for a television show), Bettie Page, and more, a fact that makes publisher and president Darren G. Davis proud.

"Growing up, I was a reluctant reader. I want to reach kids in similar situations that may be more apt to read a comic book instead of a chapter book," said Davis. "I have guest taught in schools and found comic books to be an excellent way to reach children and young adults." Davis added that his biographical lines are meant to both entertain and inform. "It's my hope that these books teach readers about the people behind the hype," he said. "You'll find our comics to be enticing a well as engaging. Comic books have grown up; they're not just for kids anymore." Past subjects have included everyone from Hillary Clinton and Chris Christie to Miley Cyrus and Michael Jackson.

Writer Michael L. Frizell agrees with Davis's assertion that comic books can be used to reach a wider audience. "Writing for StormFront is fascinating," said Frizell. "Crafting a book like this is also daunting, but worth it. I learned to read due to my love for comics. I was an avid reader of writer Bill Mantlo (who wrote titles like Rom: Spaceknight, The Micronauts, Spectacular Spider-Man and many more for industry leader Marvel Comics in the 1980s). I hope to instill my love for the form in StormFront's readers while perhaps giving them something they didn't expect: A peek behind the curtain.'

Frizell has written many titles for StormFront, a fact of which he is quite proud.

"As an educator myself — I run the Writing Center at Missouri State University — I like the idea of blending a popular form of entertainment with relevant, biographical information to create something unique," he said. However, Frizell admits that his knowledge of music was a bit lacking at the beginning of this journey. "I'd written biographical comics about Alice Cooper, Ozzy Osbourne, Miley Cyrus and Prince and even crafted audiobooks about Justin Bieber, Demi Lovato, Taylor Swift, Selena Gomez, Michael Jackson and Big Time Rush (all available through StormFront Media), but never a group with such a rabid fan base as METALLICA," he said.

Interior artist Jayfri Hashim was instrumental in assisting with much of the research necessary to craft the book. Hashim could be listed among the band's most ardent fans.

"METALLICA's formation marks the beginning of metal, breeding thrash metal which progresses to heavy metal during the glam rock era," said Hashim. "Many people get it wrong when they say METALLICA is a rock band. They're not. They are the very definition of a metal band. They were daring, innovative, and the story of their beginning fascinates me."

Writer Frizell agrees. "Hashim's artwork adds a sketchy darkness to the book," he said. "His power as an artist is making us feel his adoration for his subjects. Creating a comic book is a collaborative business, and Jayfri's style informed a large portion of this book."

David Frizell (yes, he's the younger brother of the writer) is a rock artist famous for his work with AVENGED SEVENFOLD and WEDNESDAY 13, jumped at the chance to illustrate the cover for the comic book.

"It's METALLICA!" he said. "What rock artist wouldn't jump at the chance to draw them? I've followed them their entire career. They are the most influential metal band ever."

Much care went into the concept for the cover.

"I spoke with my brother, brainstorming ideas until I came up with this," he said. "I wanted the cover to be iconic and to look like it could be their next album cover."

Print copies of Orbit: Metallica start at $3.99 and can be ordered at Comic Flea Market via the web site www.comicfleamarket.com. 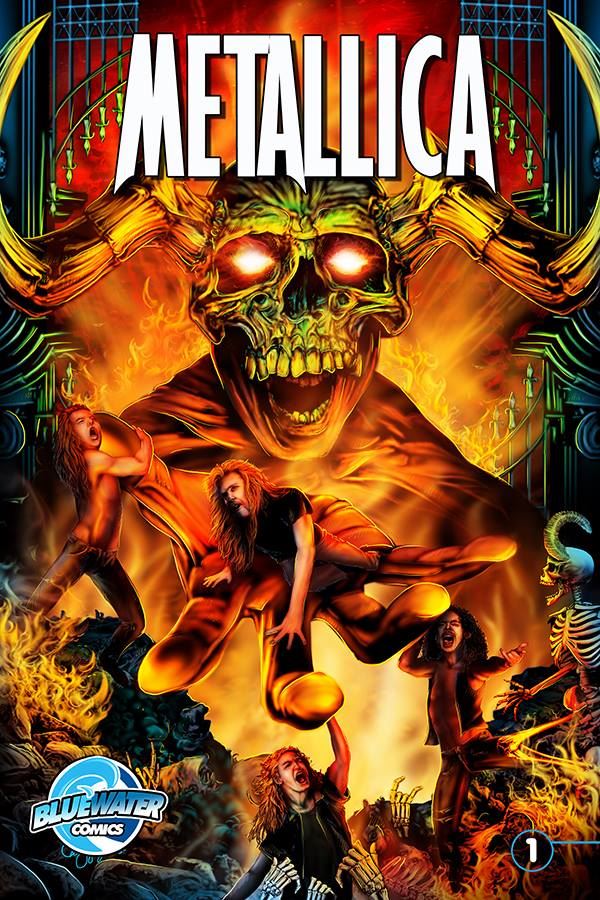 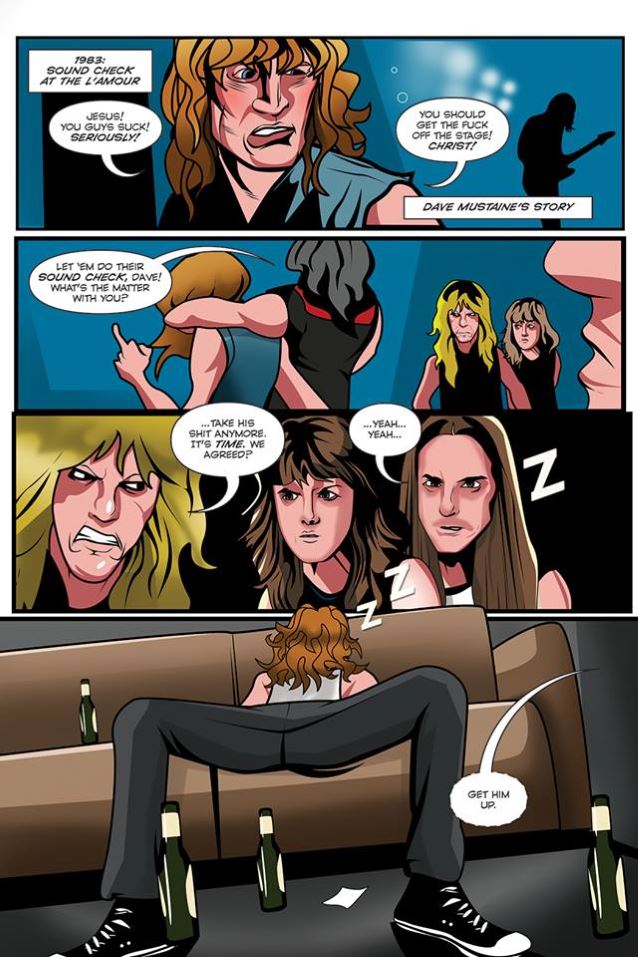 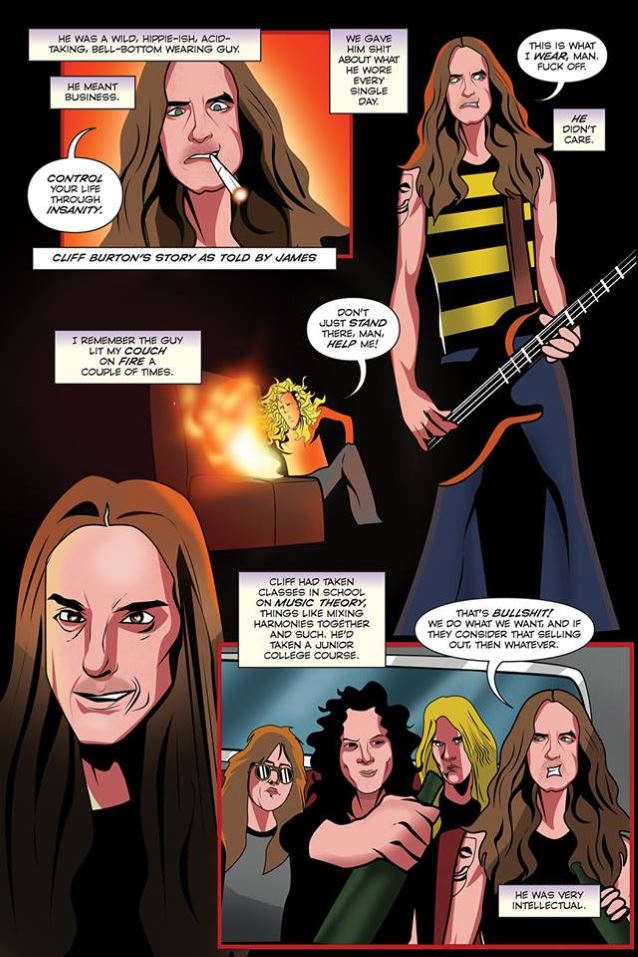 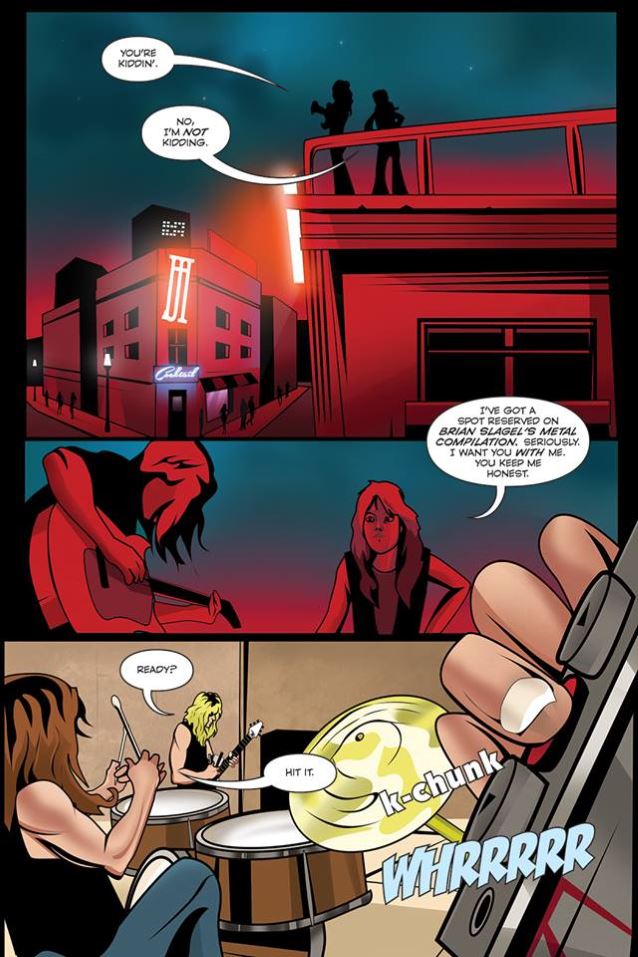 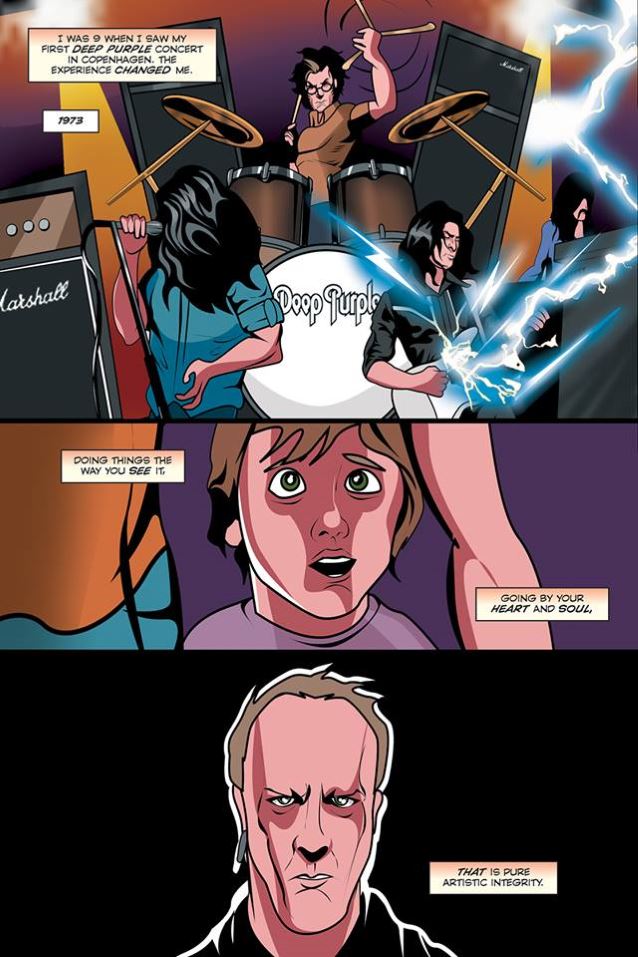 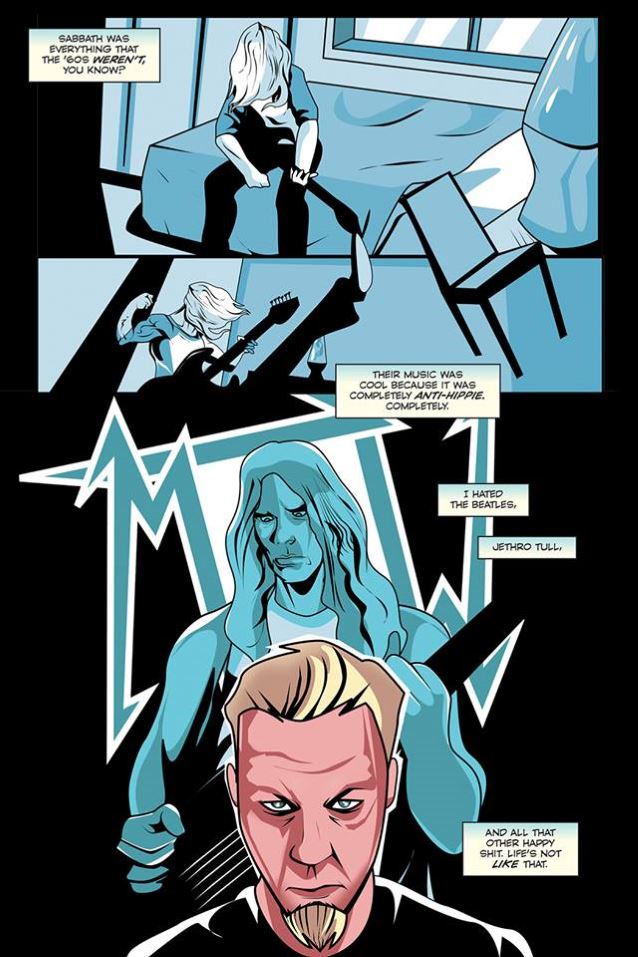