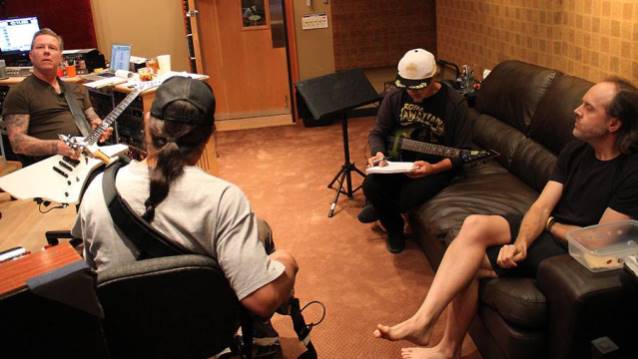 METALLICA debuted a brand new song called "The Lords Of Summer" on Sunday night (March 16) during the opening show of the band's South American tour in Bogota, Colombia. As promised, the band played a nearly all-request set, with 17 songs chosen online by fans prior to the gig and the last slot filled by the new track.

METALLICA has just posted a "garage demo" version of "The Lords Of Summer" via the band's official YouTube channel. Check it out below.

Drummer Lars Ulrich told Rolling Stone that the new song "is fairly representative of where our creative headspace is at right now. It's one of those things that's like, 'Here, we're writing and we're creating.'"

The rest of METALLICA's "by request" show in Bogota featured such "rarities" as "Master Of Puppets", "Welcome Home (Sanitarium)", "Sad But True", "Fade To Black", "One" and "Enter Sandman".

"The Lords Of Summer" performance: