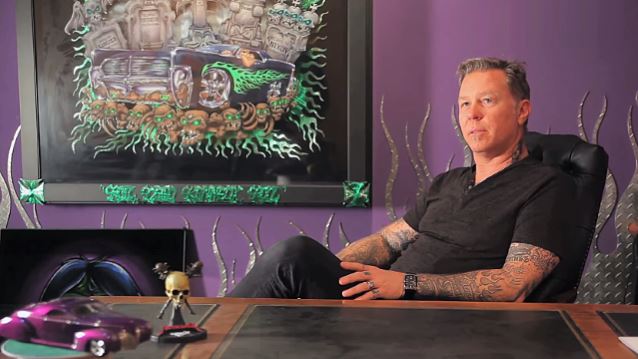 The award-winning Black Pearl is coming to the Los Angeles Auto Show this November. Built from the ground up and designed by METALLICA's James Hetfield and world-renowned custom-car builder Rick Dore, the Black Pearl has been turning heads at shows all around the United States for the past year, and is coming home to California to appear at this year's Los Angeles Auto Show November 18 through November 30.

"It is a real honor to have the Black Pearl included in this year's Los Angeles Auto Show," enthuses Dore in anticipation of the show. "The Black Pearl is one of those things that… We initially had been taking other vehicles and cutting and pasting, making you own prototype in a way," explains Hetfield. "This one we actually started from scratch. We started with a '48 Jag and basically tried to work it, work it down to frame and build it up from scratch from a drawing. It took it to a whole new level of car building: from a drawing."

With its fastback roof and sleek lines, the Black Pearl was inspired by some of the early concept cars of the 1930s, while the chassis is based off of a 1948 Jaguar. The body was completely hand built and shaped by Marcel and Luc De Lay under the direction of Rick Dore, whose Rick Dore Kustoms built the rest of the project before the lustrous black finish was applied by Daryl Hollenbeck. In the past year the Pearl has made award-winning appearances at The Grand National Roadster Show, winning the 2014 Al Slonaker, Blackie Gejelan and George Barris Kustom awards and The Goodguys, winning Mother's Custom of the Year and Best In Show, and was shown at The Quail and A Motor Sports Gathering, amongst others.

Founded in 1907, the Los Angeles Auto Show is one of the most influential and best-attended auto shows globally and spans more than 870,000 square feet. Each November, show creator ANSA Productions, gathers the who's who of the auto industry to unveil the future of mobility in the car culture capital of the world. Delivering worldwide media exposure, global industry networking and experiential marketing in the nation's biggest car-buying market, the Show's trade days (Press Days) draw more than 12,000 auto industry decision makers and influencers including 4,000 media from more than 50 countries. ANSA Productions recently launched the Connected Car Expo (CCE). CCE is a three-day trade show held in conjunction with Press Days that brings together the entire eco-system driving the convergence of technology and the automobile. Following Press Days, the Show opens its doors to the public and hosts approximately 900,000 guests over the course of ten exciting days.

The Los Angeles Auto Show is open to the public November 21 through November 30. 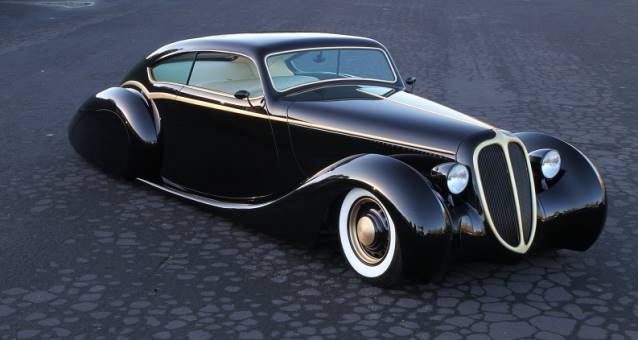