METALLICA, DEF LEPPARD/JOURNEY, FOO FIGHTERS and GRETA VAN FLEET are among the nominees at the 30th annual Pollstar Awards honoring the top achievers in the live entertainment industry. The ceremony will conclude the 30th annual Pollstar Live! Conference, which runs February 11-13, 2019 at the Beverly Hilton Hotel in Los Angeles. The awards, presented by Live Nation, recognize the most successful artists, executives, venues, events and companies in the thriving global live entertainment business.

The 2018 Pollstar Awards nominees were selected by a panel of more than 2,000 agents, managers, promoters, venue operators and professionals who work in the live entertainment industry. With the largest, most diverse nomination committee in the history of the awards, Pollstar announces several changes to the program for its 30th-anniversary event, both in terms of award categories and in the methodology calculating winners. These changes are geared to increase relevancy, recognize the evolution of the industry, and acknowledge the standard bearers from the preceding touring year.

"For 30 years, the Pollstar Awards have been the definitive recognition for achievement in the touring industry, and we are honored and privileged to again recognize the elite artists, venues, and executives in the world of live entertainment," said Tim Leiweke, CEO of Oak View Group, parent company of Pollstar. "This is a thrilling time to be in the business of live, and we remain inspired by the level of professionalism, creativity and fan engagement exhibited by those who make up our nominees for the 2019 Pollstar Awards, and across the industry."

While the Pollstar Awards will remain predominantly an industry peer-voted honor, Pollstar will for the first time use its industry-leading box office data in designating winners for certain awards with a weighting of 30 percent (15 percent average gross revenue and 15 percent average ticket sales) applied to vote total to determine final winners. Also, certain executives and artists must be affiliated with specific tours, venues and events from the preceding touring year in order to maintain relevance to the year being considered.

Pollstar has also continued its focus on artists, adding new awards in 2018 based on genre, along with categories for a wider range of acts that contribute significantly to the overall touring economy, including "Best Residency", "Best Support/Special Guest", "Best Non-Music Tour", "Best Brand Partnership", "Best Touring Musician" and "Best Soft Ticket Act". Pollstar will also soon announce special awards for lifetime achievement and philanthropy, and engage fans with the first fan-voted award in the history of the event.

In recognition of the 30th anniversary (and in an effort to not take itself too seriously), Pollstar will celebrate the larger-than-life personalities and unique nature of the business via such irreverent categories as "The Unavailable", "Best Hang", "Most Dreaded Phone Call" and "The Back In My Day". The entire slate of awards is geared toward presenting a compelling ceremony that salutes the touring industry's illustrious past while celebrating its current vitality and promising future.

"The changes made for the 2019 Pollstar Awards reflect our ongoing efforts to present the most relevant and accurate representation of the 'year in touring' and the highest-achieving artists and professionals that make up this dynamic, passionate business," said Ray Waddell, president of OVG's Media & Conferences division. "We also wanted to try and have some fun because, while this industry is definitely made up of the hardest working men and women in show business, they also know how to have a good time."

For a complete list of 2019 Pollstar Awards nominees, visit Pollstar.com. 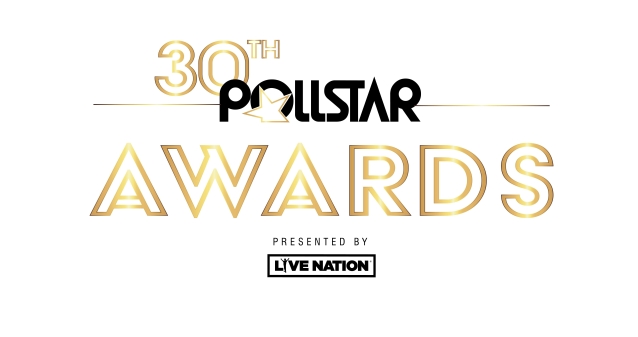