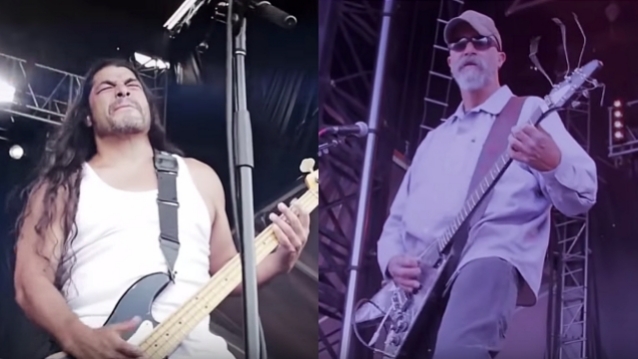 METALLICA bassist Robert Trujillo and ex-FAITH NO MORE guitarist Jim Martin will be part of INFECTIOUS GROOVES' reunited lineup when the band performs at this weekend's Sick Bastards Social Fest in Brazil.

The festival, which is being curated by SUICIDAL TENDENCIES and INFECTIOUS GROOVES frontman Mike Muir, celebrates 34 years of the Brazilian radio station 89 A Rádio Rock. The concert will take place on Sunday, November 17 at Espaço das Américas in São Paulo and will see Muir, Trujillo and Martin joined by Brooks Wackerman (AVENGED SEVENFOLD) on drums and Dean Pleasants (SUICIDAL TENDENCIES) on second guitar.

Jim, who is filling in for original INFECTIOUS GROOVES guitarist Adam Siegel, previously played with INFECTIOUS GROOVES in 2013 at METALLICA's Orion Music + More festival at Belle Isle in Detroit, Michigan and again in 2014 at the Whisky A Go Go in West Hollywood, California. 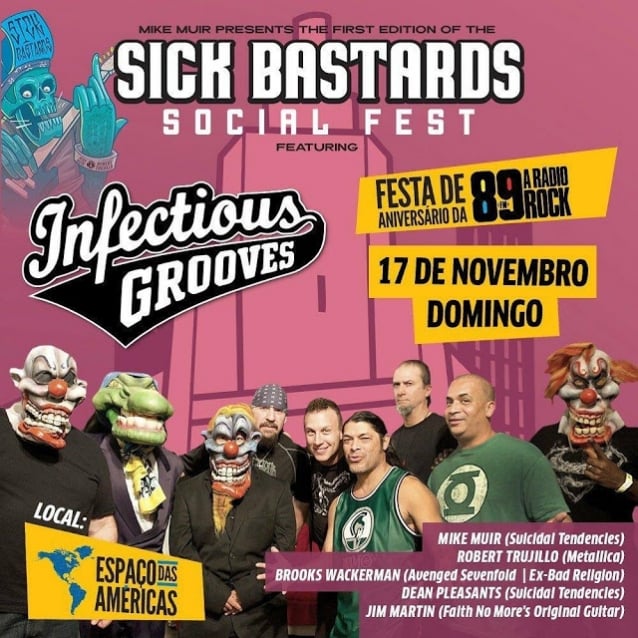