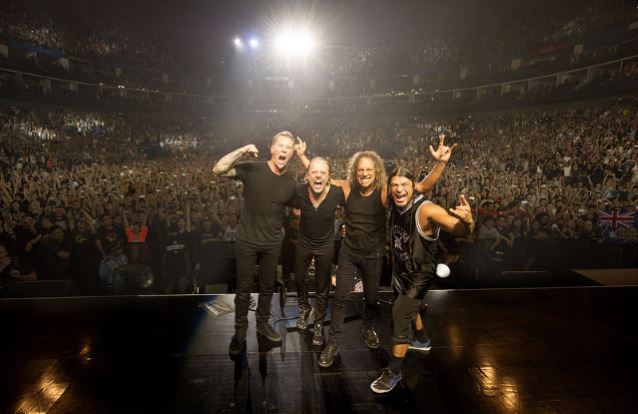 METALLICA will embark on a short tour of South America in late October.

Says the band: It's on!!! As we put the finishing touches on [the new METALLICA album] 'Hardwired… To Self-Destruct', we're also getting ready to hit the road for the first of many headlining shows around the world.

"To kick it all off, we're returning to five cities we know will absolutely rock hard with all kinds of crazy METALLI-love and get this tour started right!

"First up, we travel to Latin America with stops in Puerto Rico, Ecuador, Colombia, Guatemala and Costa Rica.

"We can't think of a better place to get the juices flowing and set the table for many more shows to come!"

It's been an astounding seven years since METALLICA last did a full, proper North American arena tour, but drummer Lars Ulrich told Rolling Stone that's about to change. Ulrich explained: "It's time to come back, and do some proper penetration of America. We're going to start pretty much full-on touring in January and are looking to figure out what we're doing in North America, but there will definitely be some pretty extensive touring in America."

Ulrich told The Pulse Of Radio a while back that rehearsing for a tour is different these days for METALLICA. "At our age, it's not really rehearse as in like, how does 'Enter Sandman' go?" he explained. "It's more just kind of, you know, loosening up and kind of getting the battered bodies somewhat up to speed. It's a little bit like sort of, you know, kickstarting like a car that's been sitting out in the snow for a while. You know, you need to let it run and idle for a few minutes before you drive it."

"Hardwired... To Self-Destruct" will be released on November 18.

Ulrich said he's looking forward to playing a lot of the new album live, remarking: "Some of the stuff on 'Death Magnetic' was pretty cerebral. You had to really think about what the next crazy part is that was coming up. Some of the songs from the new record are a little more physical. It's gonna be a lot of fun to play this."

The first single from "Hardwired..." , simply titled "Hardwired", is out now.

The album will be issued on double CD, vinyl and digital download. A deluxe version will feature a bonus disc containing the riffs that formed the origins of the album along with "The Lords Of Summer", which the band debuted on tour a couple of years ago.

METALLICA already has one U.S. show on its calendar: the band perform at Neil Young's 30th anniversary Bridge School Benefit concert, set to take place on October 22-23 at at the Shoreline Amphitheater in Mountain View, California.

METALLICA is releasing "Hardwired..." through its own label, Blackened Recordings, and frontman James Hetfield told the Twin Cities Pioneer Press that the group is enjoying being its own boss. He explained: "We've been working on this record, realistically, for eight years. But it's been two years starting to put songs together and, literally, the last two months is when it all started to come together. There's no rules anymore as far as you've got to do what the record company says or what the manager says. It's got to be cool and fun for us; that's the number one priority." 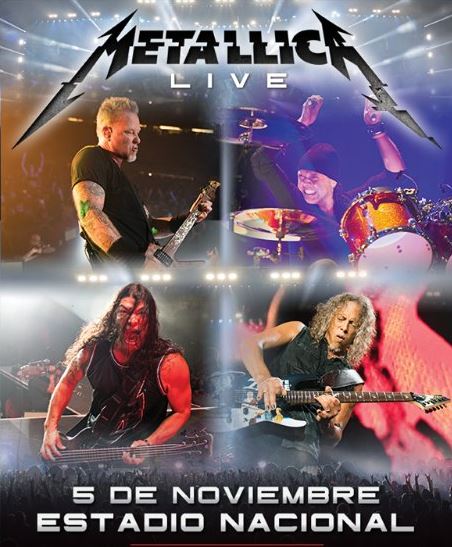