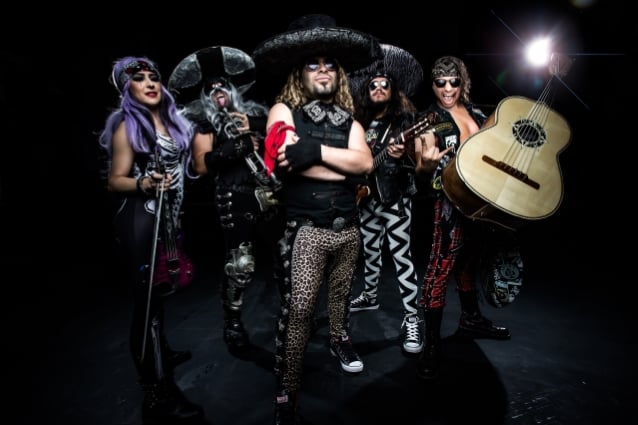 METALACHI — the world's first and only heavy metal mariachi band — has revealed a brand new music video for its cover of QUEEN's classic anthem "Bohemian Rhapsody", featuring a cameo by comedian Felipe Esparza. The clip — dramatically comedic in true METALACHI fashion — was directed by Michael Estrella.

METALACHI's "Bohemian Rhapsody" is taken from the band third full-length album, "Tres", which will be released on November 11 via all digital platforms and Metalachi.com. The album features covers of songs originally performed by artists such as JUDAS PRIEST, DIO, JOURNEY, GUNS N' ROSES and more.

In celebration of the album's release, METALACHI will headline an official album-release party on Saturday, November 10 at the House Of Blues in Anaheim, California. The show is presented by 96.7 FM KCAL Rocks and will begin at 7:00 p.m, with tickets starting at $12.

Hailing from Hollywood, California via Juarez, Mexico, METALACHI is a musical/comedy stage show that somehow seamlessly blends the world of SPINAL TAP and Cheech & Chong into an over-the-top stage spectacle. The band is comprised of a five-piece ensemble of classically trained mariachi musician siblings, that have been fused together with the power of heavy metal. Fans can expect an unlikely meshing of metal classics from artist such as METALLICA, SLAYER, OZZY OSBOURNE and more with traditional mariachi standards from the likes of Vicente Fernandez and Mariachi Vargas de Tecalitlan... all played with traditional mariachi instrumentation but with a stage show that strays far from traditional. 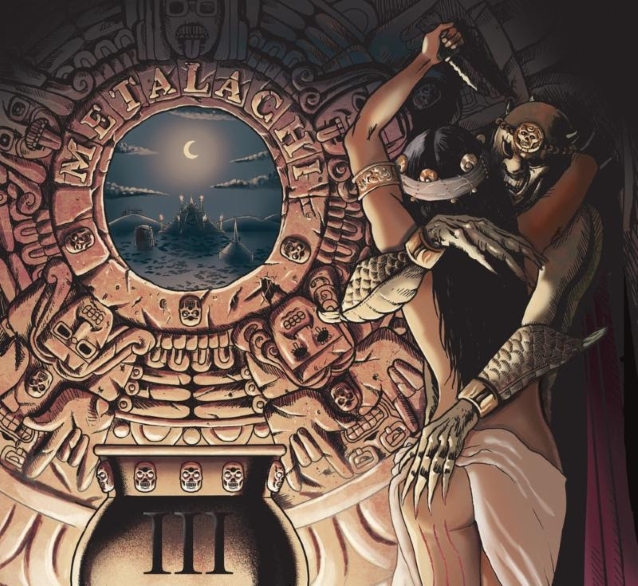