One of the most anticipated projects in Australian heavy music history has been released.
"Metal Down Under" was an epic undertaking, over two years in the making and chronicles over 40 years of Australian metal heritage.

Since the late 1970s, a thriving underground scene of extreme music has continued to evolve in Australia. From grindcore, thrash, death metal, black metal, hardcore, doom, melodic metal, sludge, power metal and the many more subgenres that exist, "Metal Down Under" traverses the full spectrum and takes a look at the bands, people and events that shaped this unique slice of Australian history. More than just the music, we meet the characters that make metal in Australia what it is today. From promoters, radio hosts and magazine editors, to band members and extreme fans, "Metal Down Under" introduces you to a world you either didn't want to know existed or have been a part of all your life.

Featuring over 40 exclusive interviews as well as rare archive footage and photographs from
Metal For The Brain, Metal For Melbourne, Big Day Out, music videos, live concerts and much more, "Metal Down Under" captures the past, present and future of the Australian metal scene and condenses it into three hours of riveting, essential viewing. It is the brainchild of lifelong metal fan and filmmaker Nick Calpakdjian, who spent two long years traveling the country interviewing the who's who of the Australian scene.

With massive support, some crowdfunding and donations, the mammoth project has finally been completed and is ready to share with Australian metal fans and people everywhere.

Written and directed by Calpakdjian, produced by Animus Industries and with cinematography by Adrian Price, "Metal Down Under" is presented as three 55-minute episodes and comes with a bunch of extras. It is available on DVD and as a stream on iTunes. 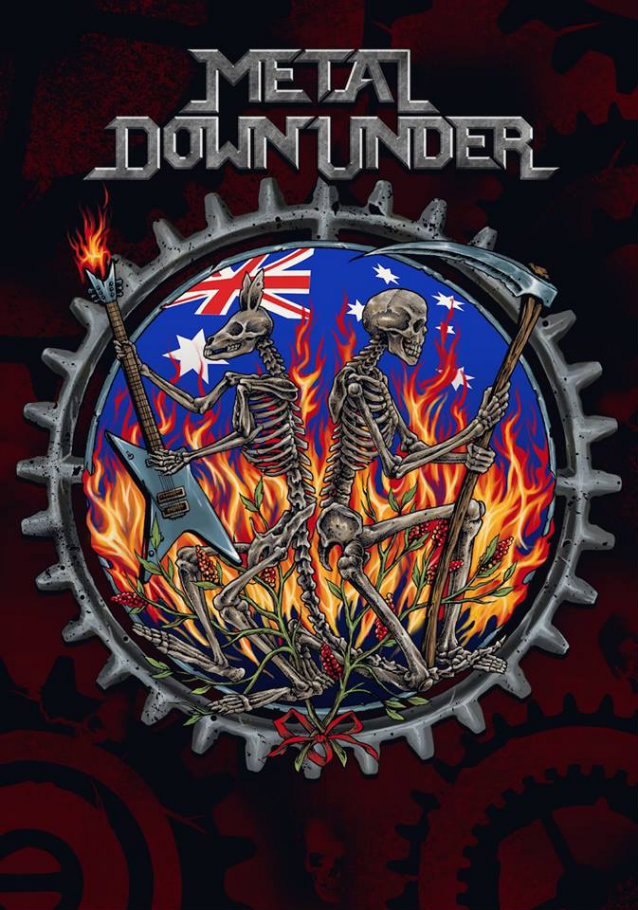